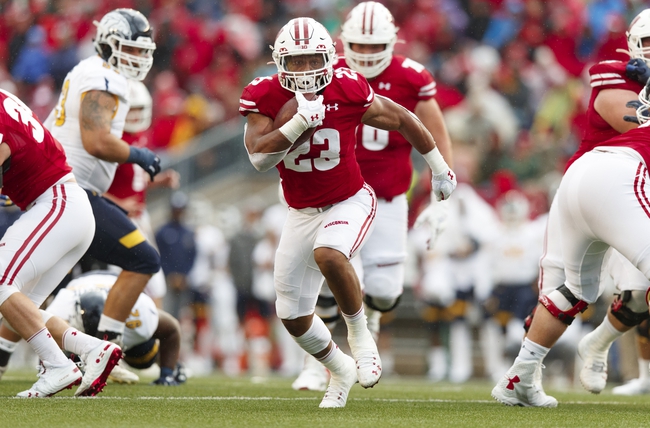 On Saturday, the Michigan State Spartans visit Camp Randall Stadium in Madison, Wisconsin to play the Wisconsin Badgers. Michigan State fell to 4-2 on the season following its 34-10 loss to Ohio State. Spartans linebacker Joe Bachie continues to impress with 11 tackles and two sacks in the loss. Quarterback Brian Lewerke threw for 218 yards with one TD and one interception, but it wasn’t enough.

Wisconsin improved to 5-0 on the season with a 48-0 victory over Kent State. Jonathan Taylor continues to run all over opponents with four touchdowns on the ground and one through the air. Zach Braun sacked the quarterback three times as the Badgers defense showed its teeth with a shutout of the Golden Flashes.

Wisconsin quarterback Jack Coan has thrown for 939 yards, seven touchdowns and one interception. Jonathan Taylor has rushed for 745 yards and 12 touchdowns to lead the Badgers ground game. Quintez Cephus leads all receivers for Wisconsin with 263 yards and two touchdowns. The leading tackler for Wisconsin is Jack Sanborn with 28.

Wisconsin has an impressive running game with Jonathan Taylor who has rushed for 745 yards, with an average of 7.2 yards per carry, and 12 touchdowns. Michigan State was beaten up by Ohio State and had its mediocre offense with Brian Lewerke under center exposed by the Buckeyes. The Spartans have failed to cover the number in 8 of their last 10 and 5 of the last 6 in Big Ten action. Final Score Prediction Wisconsin Badgers win and cover ATS 27-13