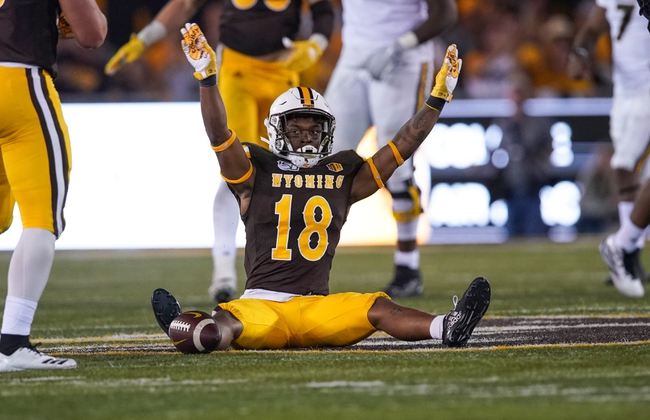 The Idaho Vandals and the Wyoming Cowboys will meet up in college football action on Saturday.

Idaho enters this one at 1-1 so far this season. The Vandals fell 79-7 to Penn State in the opener, but then managed a win over Central Washington 41-31 in Week 2.

In the victory, Vandals QB Mason Petrino had 209 yards with two scores and Aundre Carter led the rush with 123 yards and two TDs. Jeff Cotton had a whopping 16 receptions for 145 yards and two scores for the Vandals as well.

In the win over the Bobcats, Wyoming QB Sean Chambers logged 103 yards and a pick, and Trey Smith had 54 rush yards. Gunner Gentry’s one catch for 44 yards put him atop the Cowboys receivers.

The under is 6-0 in the Vandals’ last six games on turf and they’re 5-0 ATS in their last five on turf. The over is 6-1-1 in Idaho’s last eight after posting less than 275 total yards in their previous game.

Idaho’s numbers look really strong in Week 2, but considering the competition level it makes sense. Even then, the Vandals had a bit of a rough time pulling away in the first half—it was tied 17-17 at the break.

All things considered, there’s not a whole lot of intrigue here but I have to stick with Wyoming despite a middling Week 2 performance.