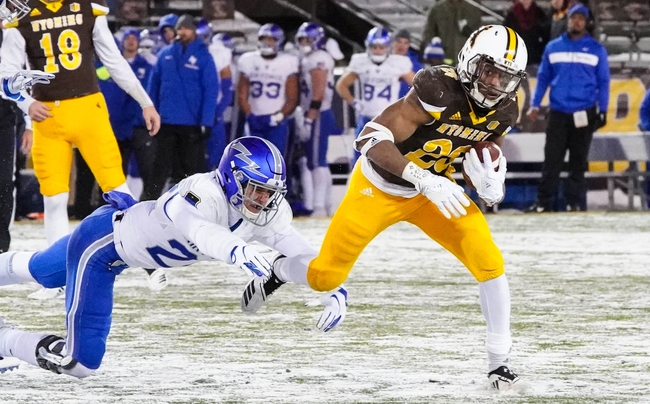 The Missouri Tigers will look to build on a solid 2018 season that saw Missouri finish with an 8-5 overall record, including 4-4 in SEC conference play, finishing the year tied for 4th in the SEC East division. The Tigers received an invite to the Liberty Bowl where the Tigers were upended by Oklahoma State by a final score of 38-33. Drew Lock is now a Denver Bronco, but the Tigers have their new star QB in Clemson transfer Kelly Bryant. Larry Rountree returns to the Mizzou backfield after rushing for 1,216 yards and 11 scores last season and Tyler Bade will slide into the backup role after a solid 437 yard season as a freshman. Bryant will also have a couple of solid receivers to hit, including Jonathan Johnson who led Missouri with 59 receptions for 737 yards and 5 TDs as well as top-tier tight end Albert Okwuegbunam who caught 43 balls for 466 yards and 6 TDs. Defensively, Missouri returns six starters and five of the team’s top seven tacklers including Cale Garrett who had a team-high 112 tackles last season. Tyree Gillespie is back at safety after recording 48 tackles last season and DeMarkus Acy will be on the outside at corner after logging three INTs last year. As a team, Missouri averaged 481.8 yards of total offense and 36.6 points per game while allowing 388.5 yards and 25.5 points per game last season.

The Wyoming Cowboys will look to take a step forward this season after finishing 2018 with a 6-6 record, including 4-4 in Mountain West conference play, finishing 3rd in the MW Mountain division and missing out on an invite to a bowl game. Sean Chambers is expected to start the season under center for the Cowboys while Tyler Vander Waal is still with the team but disappointed last year after throwing for just 1,310 yards, 5 touchdowns and 4 picks on 48.8% passing. Nico Evans is also gone from the Cowboys, leaving the running back duties to Xazavian Valladay who averaged 5.6 yards per carry as a freshman. Raghib Ismail Jr. and Austin Conway headline Wyoming’s receiving corps this season after the Cowboys also lost their top two receiving yardage leaders from last season’s squad. Defensively, Wyoming returns eight of their top 12 tacklers from last season, including leading tackler Logan Wilson at linebacker after leading Wyoming with 103 tackles last season. Alijah Halliburton returns to lead the secondary after recording 61 tackles last season which was good enough for 4th on the team. As a team, Wyoming averaged 331.4 yards of total offense and 20.7 points per game while allowing 326.2 yards and 22 points per game last season.

This seems like a lot of points to lay on the road in an opening week matchup with a Missouri team that is implementing a new QB into their system. However, Bryant is no slouch and is a natural leader after his time with a perennial championship contender like Clemson. Wyoming brings back some solid defensive talent, but there are just too many question marks for a Cowboys’ offense that already struggled to score points to begin with, failing to reach 19 points in seven straight games at one point last season. Missouri is simply the better team with more talent and I just don’t see Wyoming having the horses to keep up with or contain Missouri here, so I’ll lay the points with the Tigers in this spot.