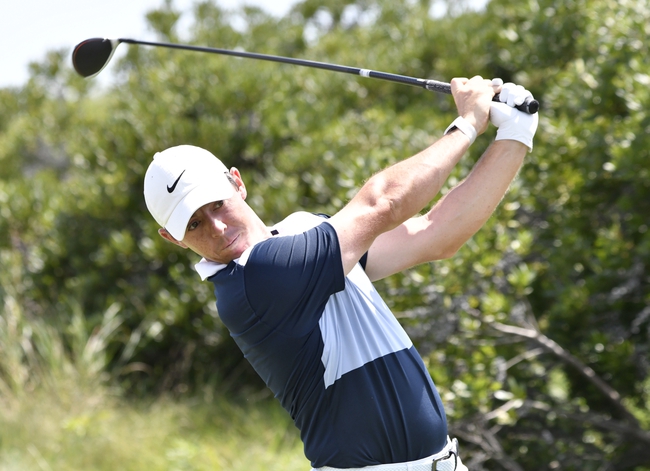 We head to Illinois this week for the BMW Championship, which will be played this year at the Medinah Country Club. Golf in the midwest during the summer on a lengthy course, this has the potential to be one of the tougher events in quite some time. The good news is there are no cuts this week, so all 70 golfers will be participating from start to finish.

Jon Rahm, +985 - Jon Rahm is playing as well as anybody in the field right now, finishing 11th or better in each of his last eight events when he’s made the cut, and that includes a -14 last week at the Northern Trust. Aggressive off the tee and 18th in driving distance, Rahm should thrive on this course that has some serious distance to it. You could make a case Rahm should be the favorite this week, so getting some more meat on the bone here has some value.

Francesco Molinari, +5500 - Francesco Molinari has been awful in majority of his events since winning Arnold Palmer and was +6 at the Northern Trust last week. There’s not much reason to give the Italian a look in his current form, but this is a guy who has built a reputation lately of showing up in big events, which includes winning the Open last year, a fifth place showing in the Masters this year and a top-10 finish in last years BMW Championship. He’s more than capable of a turnaround performance and these odds are hard to pass up.

Rory McIlroy, +775 - If driving is going to be the key this week, Rory McIlroy is going to be a serious factor considering he’s second in driving distance, 14th in total driving and 40th in greens in regulation percentage. McIlroy is a combined 23 strokes under par in his last two events and has top-10 finishes in six of his last seven events where he’s made the cut. While I avoid favorites as much as I can in these articles, McIlroy is a solid chance to make nearly eight times your money.

Webb Simpson, +2200 - Webb Simpson isn’t the driver you want on a course like this, but he’s about as accurate as they come and is usually money on that second shot. Simpson has also finished runner-up in three of his last six events and was a solid -9 last week in the Northern Trust. Simpson may have to work a bit harder than others this week, but his current form suggests he’s going to be in the thick of things come Sunday.

Paul Casey, +4000 - Paul Casey didn’t participate last week, so he enters this event fresh and could be ready to roll in a big way. Of course rust could also play a role, but it’s a risk I’m willing to take based on these odds. Casey is 27th in driving accuracy percentage and third in total driving. Casey also left in great form, as he shot a -15 at the Wyndham Championship and had a top-five finish at the Travelers Championship. It may be boom or bust for the Englishman, and I’m willing to roll the dice he’ll be able to push the leaderboard.