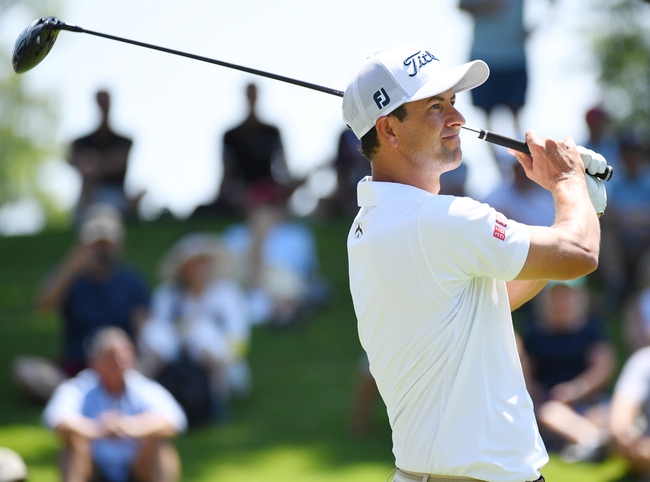 We begin the FedExCup Playoffs with our only trip to New Jersey for The Northern Trust, an event that will be played at the Liberty National Golf Club, one of the toughest courses on the entire schedule. This is a challenging course where we’ve seen a ton of double bogeys, but the good news is the weather is expected to be near perfect.

Webb Simpson, +2500 - Webb Simpson has finished runner-up in three of his last five events and has top-25 finishes in seven of his last nine. Simpson should be comfortable this week considering he’s had good things to say about Liberty National Golf Club in the past, as the greens remind him of the ones he grew up playing on in Raleigh, North Carolina. And besides, these competitive finishes have to produce an outright victory at some point, right?

Billy Horschel, +6000 - Billy Horschel has put together back-to-back top-10 finishes, which includes a -16 last week in North Carolina. Horschel is also somebody who usually finishes the season strong, as he ended last season with three straight top-five finishes, which included a runner-up finish in the Tour Championship. In 2016, Horschel finished 13th or better in four of the last seven events. Given his form and his history of closing out seasons, Horschel is a live dark horse.

Adam Scott, +4000 - Adam Scott has been a mixed bag this year, as he’s missed the cut four times since the Sony Open and wasn’t great the last time we saw him at the St. Jude Classic. With that said, Scott has had some solid showings lately when he makes the cut, and that includes a runner-up finish at the Memorial Tournament. Scott also has success at the Liberty National Golf Club, winning The Barclays in 2013 with a -11. Previous success on this course is key given how difficult it can play.

Jason Day, +5000 - Jason Day has had a disappointing year to say the least, but he can turn things around with a strong showing during these playoffs. Day is certainly no stranger to success in New Jersey, winning this tournament in 2015 at the Plainfield Country Club and finishing runner-up in 2014 at the Ridgewood Country Club. Day also has Steve Williams as his caddie, somebody who has helped lead Tiger Woods and Scott to success on this course.

Tiger Woods, +2500 - I really didn’t want to include Tiger Woods, as he’s looked awful since winning the Masters and was absolutely terrible the last time we saw him at the British Open. However, Woods has finished runner-up the last two times this event was played at the Liberty National Golf Club, and he needs to play well if he’s going to be able to defend his Tour Championship in a couple of weeks. Woods doesn’t need much to get him going and if he’s going to finish this year on a strong note, it has to start here. I’ll take Woods at 25-1 over some of the hotter golfers with lesser odds.