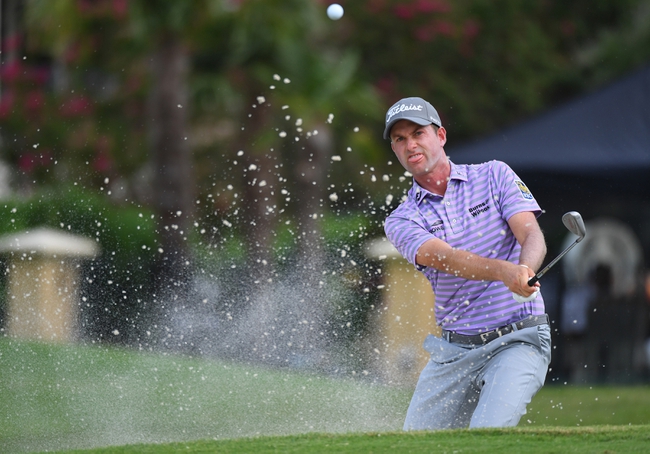 We make our second and final trip to North Carolina for the Wyndham Championship, which is also the last event before the FedExCup Playoffs. This field feels a little wide open with a lot of the top names taking the week off, so you’ll make some nice coin if able to grab the winner. Let’s get started.

Jordan Spieth, +1600 - Jordan Spieth is coming off a strong -6 in Memphis and mentioned after the event that this week has felt better than any other week in the year. Spieth now has top-25 finishes in five of his last seven events and appears to be excited for this week. Spieth was runner-up here back in 2013 when he lost in a playoff to Patrick Reed. If Spieth truly feels good about his game and is honestly turning the corner, he’s worth strong consideration with these odds.

Webb Simpson, +1100 - Webb Simpson finished runner-up last week in the WGC-FedEx St. Jude Invitational and now has runner-up finishes in two of his last four events. Simpson is playing his best golf at the best possible time, and the Charlotte native now gets a home event where he’s finished sixth or better in four of his last five appearances. Simpson has made the cut in each of the last nine trips at the Wyndham Championship and won here in 2011. Simpson’s history here is strong, and there’s reason why he’s the favorite.

Lucas Glover, +5000 - Lucas Glover has put together three straight top-25 finishes, and he’s actually finished inside the top-15 in 16 of his last 18 times he’s made the cut. Expect the success to continue with Glover making the cut in 12 of his 14 appearances at the Wyndham Championship and producing an average score of 68.4. The fact you can get Glover in his current form and with his history at this event at 50-1 odds, it makes him a play hard to pass up.

Scott Piercy, +6000 - Scott Piercy has been a bit up and down lately, but when he’s been good, he’s pushed the leaderboard and has top-20 finishes in five of his last seven times making the cut. Piercy could easily have a few wins this year. Piercy has also made the cut in each of his last four trips at the Wyndham Championship, and he had top-15 finishes in 2010 and 2014. Piercy is another strong dark horse this week, as he’ll give these odds a run for its money.

Cameron Smith, +3500 - Cameron Smith has finally gotten out of his funk by improving his finish each of his last three events, and that includes a -6 last week in Memphis. Smith has mentioned in the past how Sedgefield Country Club is one of his favorite courses on the PGA Tour, and he finished seventh here last year. After a long string of missing cuts and being an afterthought on the leaderboard, it’s safe again to get behind the young Aussie.