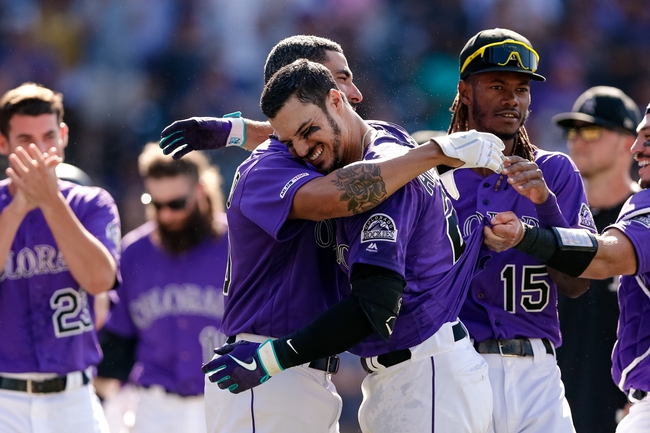 The Colorado Rockies look to stay hot after winning five of their last seven games. The Rockies have scored 21 runs in their last three games and four or more runs in six of their last eight games. The Colorado Rockies have won five of their last eight games when scoring four or more runs. Charlie Blackmon leads the Rockies with 147 hits and 69 RBI while Nolan Arenado and Trevor Story have combined for 272 hits and 165 RBI. Chi Chi Gonzalez gets the ball, and he is 0-4 with a 6.57 ERA and 16 strikeouts this season. This will be Gonzalez's first career game against the Diamondbacks.

Gonzalez hasn't pitched in over two weeks, and he's allowed nine hits and seven runs in his last five innings. Gallen has allowed 10 hits and two runs in his first nine innings since coming over from the Miami Marlins, and he's allowing a .212 batting average on the season through 45.1 innings. Gonzalez hasn't been good this season to be kind, and he doesn't have enough consistent MLB reps to think he's going to turn things around. Gallen has been highly impressive all year and held his own against these Rockies in Coors through four innings. Because of a clear pitching advantage, I have to give the edge to the Arizona Diamondbacks.