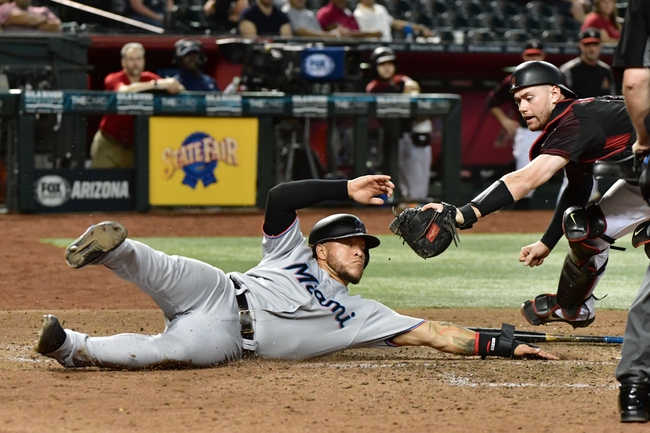 The Miami Marlins need a win after losing 10 of their last 13 games. The Marlins have scored 10 runs in their last three games and three or less runs in seven of their last 11 games. The Miami Marlins have lost 11 straight games when scoring three or less runs. Starlin Castro leads the Marlins with 156 hits and 78 RBI while Miguel Rojas and Brian Anderson have combined for 243 hits and 105 RBI. Caleb Smith gets the ball, and he is 8-10 with a 4.13 ERA and 160 strikeouts this season. Smith is 1-1 with a 7.36 ERA and 14 strikeouts in his career against the Diamondbacks.