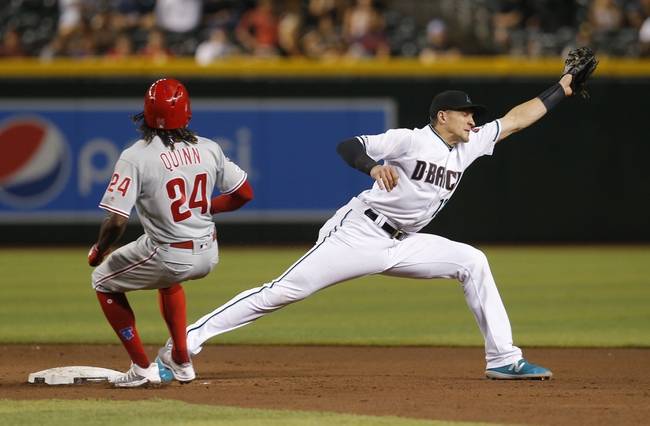 TV: FSAZ, NSPA Stream the MLB Game of the Day all season on ESPN+. Sign up now!

The Philadelphia Phillies look for a win after splitting their last 12 games. The Phillies have scored 16 runs in their last three games and four or more runs in seven of their last 10 games. The Philadelphia Phillies have won five of their last eight games when scoring four or more runs. Cesar Hernandez leads the Phillies with 120 hits and 49 RBI while Jean Segura and J.T. Realmuto have combined for 224 hits and 103 RBI. Jason Vargas gets the ball, and he is 6-5 with a 3.93 ERA and 86 strikeouts this season. Vargas is 2-3 with a 6.82 ERA and 23 strikeouts in his career against the Diamondbacks.

Vargas was decent in his first start for the Phillies, allowing five hits and two runs in 6.1 innings, but he still has a 5.03 ERA on the road and has had issues this season keeping the ball in the park. Gallen will make his first start since coming over from the Miami Marlins, and he's allowed 16 hits and seven earned runs in his last 26.1 innings. While 36.1 innings isn't a huge sample size, Gallen has been really impressive up to this point and should have more success with more consistent run support on his side with his new team. I like the Arizona Diamondbacks.