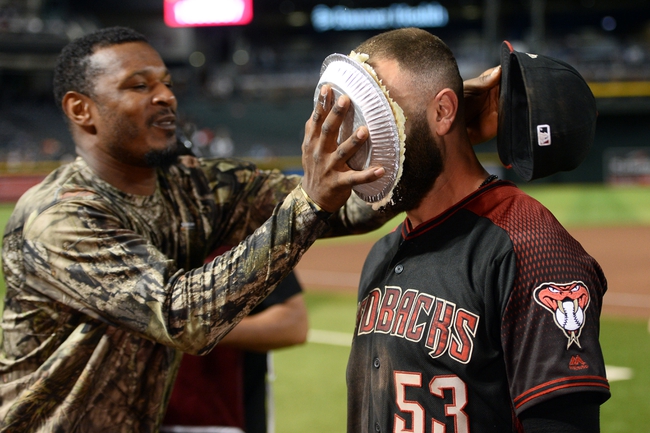 The San Diego Padres need a win to snap a five-game losing streak. The Padres have scored eight runs in their last three games and three or less runs in nine of their last 12 games. The San Diego Padres have lost six straight games when scoring three or less runs. Eric Hosmer leads the Padres with 164 hits and 99 RBI while Manny Machado and Fernando Tatis Jr. have combined for 254 hits and 138 RBI. Michel Baez gets the ball, and he is 1-1 with a 3.25 ERA and 24 strikeouts this season. Baez is 0-0 with a 6.75 ERA and three strikeouts in his career against the Diamondbacks.

The Arizona Diamondbacks look for a win to build on their four-game winning streak. The Diamondbacks have scored 21 runs in their last three games and four or more runs in 10 of their last 11 games. The Arizona Diamondbacks have won 18 of their last 21 games when scoring four or more runs. Ketel Marte leads the Diamondbacks with 187 hits and 92 RBI while Eduardo Escobar and Nick Ahmed have combined for 310 hits and 200 RBI. Taijuan Walker gets the ball, and he was 0-0 with a 3.46 ERA and nine strikeouts last season. Walker is 3-1 with a 1.38 ERA and 27 strikeouts in his career against the Padres.

Baez has allowed eight hits and four runs in his last 10 innings, and the Padres have lost 19 of the last 20 games he's pitched. Walker will pitch for the first time this season due to recovering from Tommy John surgery, so don't expect him to pitch very deep in this contest. Either way, the Diamondbacks have been an offensive machine as of late and they're at home in the last game of the season for both of these teams. I'll back the Diamondbacks at home.