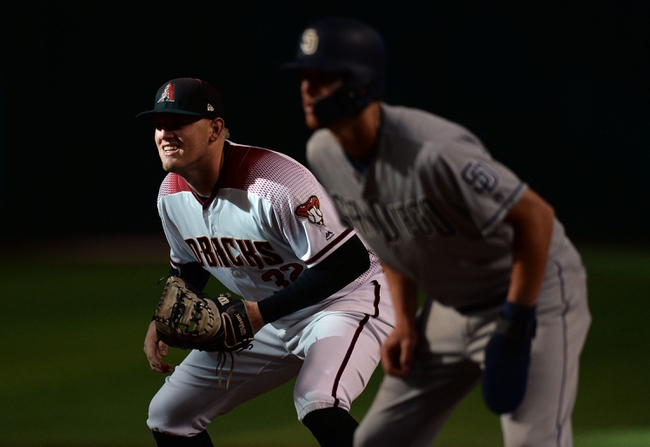 The San Diego Padres look for a win after splitting their last 10 games. The Padres have scored 19 runs in their last three games and four or more runs in six of their last eight games. The San Diego Padres have won four of their last six games when scoring four or more runs. Eric Hosmer leads the Padres with 153 hits and 90 RBI while Manny Machado and Fernando Tatis Jr. have combined for 242 hits and 129 RBI. Ronald Bolanos will make his major league debut when he takes the mound tonight. Bolanos was 24-18 with a 4.38 ERA and 311 strikeouts in his minor league career.

The Arizona Diamondbacks look for a win after winning seven of their last eight games. The Diamondbacks have scored 23 runs in their last three games and four or more runs in six of their last eight games. The Arizona Diamondbacks have won nine straight games when scoring four or more runs. Ketel Marte leads the Diamondbacks with 167 hits and 81 RBI while Eduardo Escobar and Nick Ahmed have combined for 275 hits and 187 RBI. Merrill Kelly gets the ball, and he is 9-13 with a 4.91 ERA and 123 strikeouts this season. Kelly is 1-1 with a 7.82 ERA and eight strikeouts in his career against the Padres.

Bolanos is considered one of the top arms in a loaded Padres farm system, and he has a fastball that can get up there, along with a slider, changeup and curveball. Kelly has allowed 34 hits and 19 earned runs in his last 25 innings, and he has a 3.82 ERA and .264 allowed batting average at home. As talented as Bolanos is, I have a thing about backing pitchers making their major league debut. I usually fade them due to the unknown. No matter how promising a player is, you just don't know how they're going to handle the nerves of the majors. I need some sort of sample size before being interested. The Arizona Diamondbacks are also playing well.