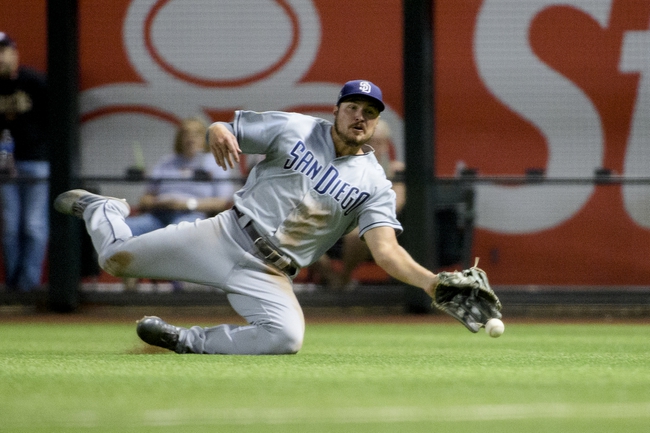 The San Diego Padres need a win after splitting their last 10 games. The Padres have scored 16 runs in their last three games and four or more runs in six of their last nine games. The San Diego Padres have won four of their last six games when scoring four or more runs. Eric Hosmer leads the Padres with 153 hits and 90 RBI while Manny Machado and Fernando Tatis Jr. have combined for 242 hits and 129 RBI. Chris Paddack gets the ball, and he is 8-7 with a 3.69 ERA and 129 strikeouts this season. Paddack is 1-0 with a 1.59 ERA and 12 strikeouts in his career against the Diamondbacks.

Paddack has allowed 32 hits and 20 earned runs in his last 24 innings, and he has a 3.93 ERA and .228 allowed batting average on the road. Gallen has allowed 26 hits and eight runs in his 25 innings since coming over from Miami, and he has 31 strikeouts during that span as well. Gallen has been highly impressive this season to the point where I'm looking to get behind him whenever I see him on the mound. It also doesn't hurt here that the Arizona Diamondbacks are playing some of their best ball of the year and have quietly snuck back in the wild card race with four weeks to go. Give me the Diamondbacks.