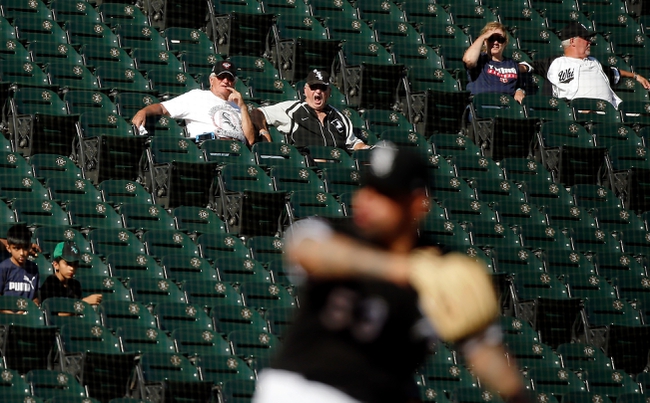 TV: NSCH, FSSO Stream the MLB Game of the Day all season on ESPN+. Sign up now!

The Chicago White Sox and the Atlanta Braves will begin their weekend MLB series on Friday.

Chicago just finished out a series against the Twins. The Sox fell 3-1 and 8-2 in the first two games of that set. On Thursday, Chicago dropped another one 10-5.

Over on the Braves’ side, they’re fresh off a set versus the Blue Jays. Atlanta managed a split in that pair, falling 3-1 on Tuesday but taking a 9-4 victory in the Wednesday game.

In the Friday matchup, Atlanta didn’t initially announce a starter, but it’s looking like it will be lefty Max Fried.

The White Sox are 7-3 in their last 10 Friday games and 6-1 in Nova’a last seven starts. Chicago is 4-1 in Nova’s last five starts with five days’ rest and 5-1 in his last six in game one of a series.

Looking at Nova’s recent numbers, he’s been pretty solid. Over his last seven starts, he’s given up two or fewer earned runs in each and has four quality starts. Nova is also 5-1 in that stretch, with the loss coming his last time up—one earned on six hits in 5.2 innings during a 4-0 loss to the Rangers.

I like Nova to stay hot here; if he can get a little support the White Sox have a great chance.