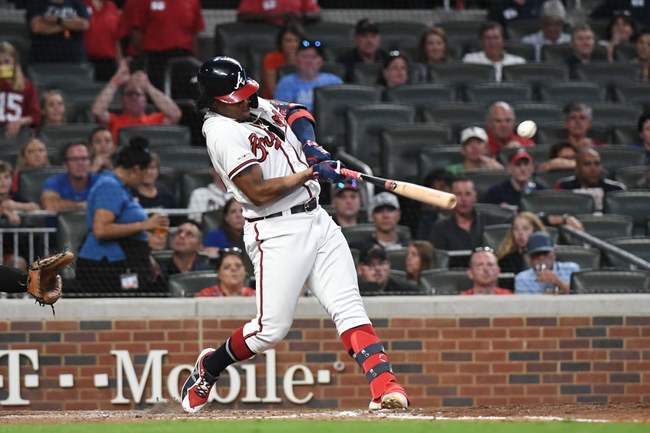 TV: FS-South, WGN Stream the MLB Game of the Day all season on ESPN+. Sign up now!

The Chicago White Sox and the Atlanta Braves meet in the finale of their three game interleague set in MLB action from SunTrust Park on Sunday.

The Chicago White Sox will look to avoid the sweep and snap a five game losing streak after dropping game two on Saturday by a final score of 11-5. Yolmer Sanchez went 2 for 4 with a double and an RBI while Eloy Jimenez, Welington Castillo and Yoan Moncada each had an RBI as well in the loss for Chicago. Tim Anderson went 2 for 5 with a double while Adam Engel added two hits of his own. Leury Garcia and Jose Abreu each had a base hit to finish off Chicago’s offense as a team in the defeat. Reynaldo Lopez took the loss, falling to 8-12 after allowing six runs on six hits while failing to make it out of the first inning. Lucas Giolito will start the finale and is 14-7 with a 3.20 ERA and 203 strikeouts this season. This will be Giolito’s first career start against Atlanta.

The Atlanta Braves will look to complete the sweep after taking game two in convincing fashion on Saturday. Dallas Keuchel and Dansby Swanson each had two RBIs with Swanson adding a double while Josh Donaldson had a solo home run. Billy Hamilton went 2 for 3 with a double and an RBI while Rafael Ortega, Tyler Flowers, Matt Joyce and Ronald Acuna Jr. each added an RBI as well. Ozzie Albies went 2 for 3 at the dish to finish off Atlanta’s offense as a team in the victory. Keuchel got the win on the mound after allowing two runs on nine hits while striking out three over six innings of work. Julio Teheran will start the finale and is 8-8 with a 3.39 ERA and 141 strikeouts this season. This will be Teheran’s second career start against the White Sox.

The plus money is kind of tempting when you consider that Giolito has picked up the win in each of his last three starts on the road and he’s been the White Sox best pitcher this season. However, the White Sox are done like dinner, and are waiting for the season to end while Atlanta is red hot right now and Teheran has been a big part of that, throwing back-to-back shutouts and has allowed two earned runs or less in 17 of his last 21 starts. The Braves are simply the better team here and I’ll lay the reasonable price with Atlanta for the sweep on Sunday.