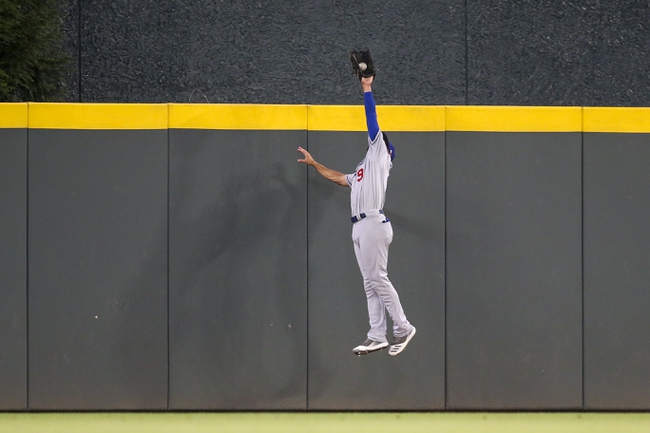 The Los Angeles Dodgers and the Atlanta Braves meet in game two of their three game set in MLB action from SunTrust Park on Saturday.

The Los Angeles Dodgers will look to build on a series-opening 8-3 win over Atlanta in game one on Friday. Max Muncy had a home run and three RBIs while Will Smith had a home run and two RBIs. Justin Turner and Cody Bellinger each had two hits including a solo home run with Bellinger adding a double as well. Joc Pederson had an RBI as well to finish off L.A.’s offense as a team in the win while Corey Seager and Matt Beaty each had a double. A.J. Pollock added a base hit to round out the Dodgers’ offense as a team in the victory. Kenta Maeda allowed three runs on five hits while walking four and whiffing nine, not factoring in the decision. Adam Kolarek got the win to improve to 1-0 while Julio Urias closed out the final three innings for his 4th save of the season. Hyun-Jin Ryu will start game two and is 12-2 with a 1.45 ERA and 121 strikeouts this season. In his career, Ryu is 1-1 with a 1.98 ERA and 24 sstrikeouts against Atlanta.

The Atlanta Braves will look to bounce back after starting the series on the wrong foot on Friday. Matt Joyce had two RBIs while Ronald Acuna Jr. added an RBI as well to finish off Atlanta’s scoring as a team in the loss. Ender Inciarte had a double while Josh Donaldson, Brian McCann and Adeiny Hechavarria each had a base hit to cap off the Braves’ offense as Atlanta had just six hits as a team in the loss. Mike Soroka allowed three runs on seven hits while striking out four, not factoring in the decision after 6.2 innings of work. Sean Newcomb took the loss, falling to 5-3 on the year. Mike Foltynewicz will start game two and is 4-5 with a 6.24 ERA and 64 strikeouts this season. In his career, Foltynewicz is 1-2 with a 6.23 ERA and 15 strikeouts against the Dodgers.

Plus money with a team like Atlanta at home is tempting, but while Foltynewicz has gotten the win in each of his last two starts since re-joining Atlanta’s rotation, he’s still allowed seven runs in 11.1 innings and has allowed 12 runs in 17.1 career innings against the Dodgers. Numbers like that won’t cut it with Ryu on the other side, who has been mowing teams down for most of the season and is probably the Cy Young favorite in the NL. Ryu had allowed two earned runs or less in 21 of his 22 starts this season. That’s downright nasty. I have to lay the juice with Los Angeles simply because of Ryu’s dominance if nothing else.