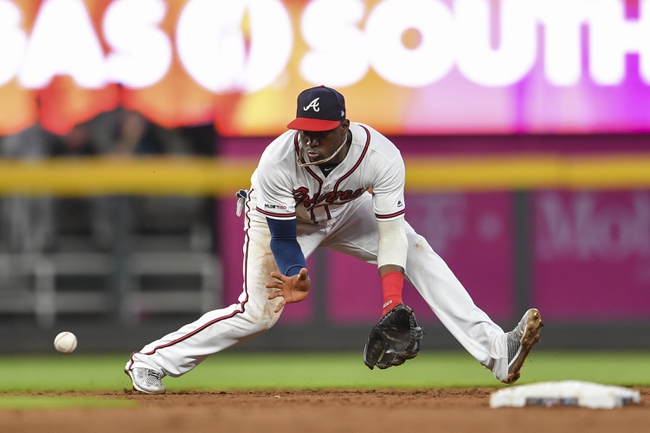 TV: FS-Florida, FS-Southeast Stream the MLB Game of the Day all season on ESPN+. Sign up now!

The Miami Marlins and the Atlanta Braves meet in the finale of their three game NL East division set from SunTrust Park in MLB action on Thursday.

The Miami Marlins will look to salvage a win and avoid the sweep after dropping the first two games of the series following a 5-0 loss in game two on Wednesday. Lewis Brinson and Caleb Smith each had two hits with a double with Smith adding a pair of doubles while Curtis Granderson, Jorge Alfaro and Neil Walker each had a base hit to finish off Miami’s offense as a team in the losing effort. Caleb Smith took the loss, falling to 8-7 on the year after giving up all five runs on three hits while walking four and striking out seven over six innings of work. Sandy Alcantara will start game three and is 4-11 with a 4.35 ERA and 101 strikeouts this season. In his career, Alcantara is 0-0 with a 3.86 ERA and 6 strikeouts against Atlanta.

The Atlanta Braves will look to complete the sweep after taking game two on Wednesday. Ronald Acuna Jr. and Adeiny Hechavarria each had a home run and two RBIs while Tyler Flowers added a triple and an RBI to round out Atlanta’s offense as a team as the Braves cranked out just three hits as a team in the winning effort. Julio Teheran got the win to improve to 8-8 on the year after tossing seven shutout innings, giving up just five hits while walking three and striking out nine. Mike Soroka will start game three and is 10-2 with a 2.41 ERA and 107 strikeouts this season. In his career, Soroka is 2-0 with a 0.68 ERA and 25 strikeouts against Miami.

Soroka has been a bit of an anomaly where he has been a much better pitcher on the road than at home with an ERA over four at SunTrust Park this season. However, we’ve cashed on Atlanta on the RL in the first two games and I see no reason to buck that trend here. Miami is still in their funk where they can’t score and having one run in the first two games of the set doesn’t really give me any confidence that that will change against one of Atlanta’s better if not their best pitcher in Soroka. I’ll back Atlanta on the RL for the sweep on Thursday.