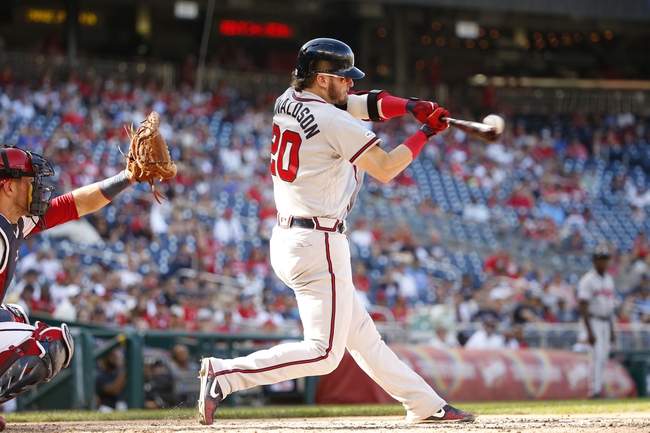 TV: FSSE, NSPA, ESPN Stream the MLB Game of the Day all season on ESPN+. Sign up now!

The Philadelphia Phillies and the Atlanta Braves will meet up on the MLB diamond to continue their series Wednesday.

In the Tuesday opener of this set, the Phillies posted five runs in the fourth inning and were able to hold on for a 5-4 victory.
For Wednesday’s game, the Phillies will send out Zach Eflin in the start. Over 143.2 innings and an 8-12 mark this year, Eflin has a 4.20 ERA with 117 Ks and 40 BBs.

Meanwhile, the Braves are 6-0 in the last six Wednesday games and 21-7 in their last 28 in game two of a series. Atlanta is 7-2 in Teheran’s last nine starts versus the NL East and 11-5 in Teheran’s last 16 home starts.

Eflin is 0-1 over his last three games but he’s been pretty decent stats-wise. In that stretch he’s allowed three earned runs on 12 hits in 15.2 innings.

As for Teheran, he had a string of four quality starts going before giving up five earned in 4.0 innings his last start in Philly. Still, I like Teheran to bounce back here, so I’m going Braves in a close one.