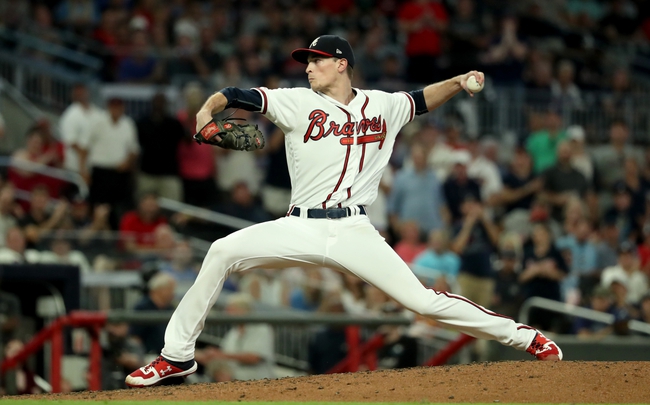 The San Francisco Giants and the Atlanta Braves meet in game two of their three game set in MLB action from SunTrust Park on Saturday.

The San Francisco Giants will look to bounce back after being shut out in game one by a final count of 6-0. Mike Yastrzemski went 3 for 4 with a double while Stephen Vogt added a base hit of his own as San Fran had just four hits as a team in the losing effort with the rest of the team batting 0 for 24 with 6 strikeouts in the defeat. Tyler Beede took the loss, falling to 5-10 on the year after allowing six runs on seven hits while striking out five over six innings of work. Johnny Cueto will start game two and is 1-0 with a 0.00 ERA and 6 strikeouts this season. In his career, Cueto is 2-4 with a 3.45 ERA and 47 strikeouts against Atlanta.

The Atlanta Braves will look to build on their series-opening victory from Friday. Ronald Acuna Jr. and Brian McCann each had a home run and two RBIs with Acuna Jr. going 2 for 2 with a double as well. Ozzie Albies went 2 for 4 with an RBI while Freddie Freeman added an RBI as well to cap off Atlanta’s scoring as a team in the win. Matt Joyce and Mike Foltynewicz each had a base hit as well to finish off the Braves’ offense as a team in the victory. Foltynewicz picked up the W on the mound to improve to 8-5 on the year after tossing eight shutout innings, giving up just three hits while striking out seven. Max Fried will start game two and is 16-6 with a 4.25 ERA and 166 strikeouts this season. This will be Fried’s second career start against San Francisco.

Cueto has pitched extremely well since coming back from Tommy John, and I think if the Giants were going to steal a game it could probably be this one as Fried’s allowed five runs in back-to-back starts and could be starting to show signs of slowing down with this being the most excessive workload he’s seen as a pro. However, those five runs in back-to-back starts all came on the road, and Fried is a much better pitcher at SunTrust Park where his ERA is almost two runs less compared to his mark on the road. The Braves are trying to keep the momentum up heading into the playoffs, so I’ll side with the Braves for another win here in what I see being a pitchers’ duel between Cueto and Fried.