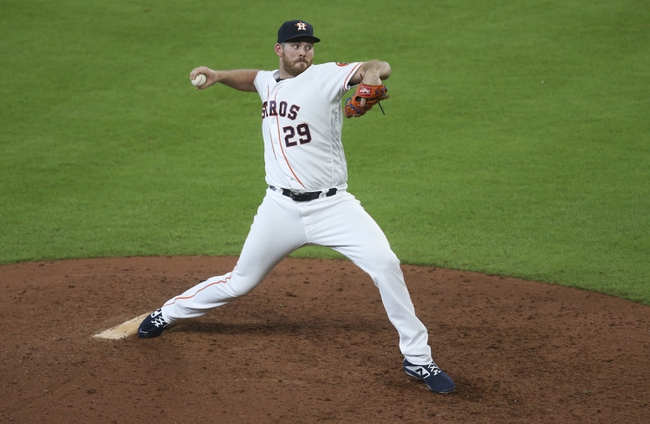 The Houston Astros and the Baltimore Orioles meet in game one of a three game set in MLB action from Camden Yards on Friday night.

The Houston Astros will look to keep their momentum going after winning six straight and nine of their last ten games following a two game sweep of Colorado following a 14-3 blowout in the series finale on Wednesday. Yuli Gurriel went 2 for 4 with a home run, a double and a whopping eight RBIs while Alex Bregman had a double and three RBIs and Jose Altuve chipped in a solo home run as well. Michael Brantley and Carlos Correa each had an RBi to finish off Houston’s scoring as a team in the win while Yordan Alvarez went 3 for 4 at the dish and Jake Marisnick chipped in a base hit as well in the victory. Gerrit Cole got the win to improve to 14-5 on the year after allowing two runs on three hits while striking out ten over six innings of work. Wade Miley will start the opener and is 10-4 with a 3.05 ERA and 112 strikeouts this season. In his career, Miley is 2-2 with a 5.33 ERA and 12 strikeouts against Baltimore.

The Baltimore Orioles will look to bounce back after being swept by the Yankees to start the week, including a 14-2 beatdown loss in the series finale on Wednesday. Trey Mancini had a solo home run while Stevie Wilkerson went 2 for 4 with a double and an RBI to finish off Baltimore’s scoring as a team in the loss. Jonathan Villar, Jace Peterson and Richie Martin each had base hits as well to cap off Baltimore’s offense in the loss as the O’s had just six hits as a team in the losing effort. John Means took the loss, falling to 8-7 on the year after allowing four runs on five hits while striking out five over 3.2 innings of work. Dylan Bundy will start the opener and is 5-11 with a 5.15 ERA and 112 strikeouts this season. In his career, Bundy is 0-2 with a 5.40 ERA and 25 strikeouts against Houston.

Miley has been a better pitcher at home than on the road, but he’s also allowed just two runs or less in six of his last seven starts. The Astros are also tearing the cover off of the ball right now, outscoring Colorado 25-9 in their recent two game set and scoring 54 runs during their current six game winning streak. Bundy has pitched okay for Baltimore, but the Orioles just don’t look like they have the horses to hang with the Astros the way that Houston is swinging the bat right now, so I’ll side with the Astros for a game one victory and to cut down the heavy juice, I’ll back the Astros on the RL here.