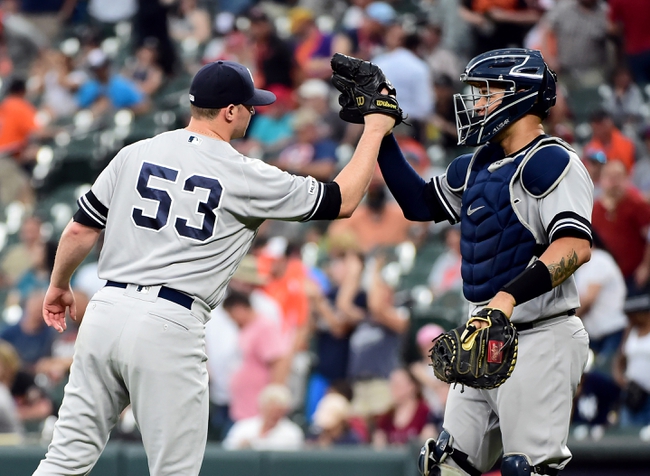 The New York Yankees and the Baltimore Orioles will meet up on the MLB diamond to continue their series on Tuesday.

For Tuesday’s game, the Yankees will send out Jonathan Holder to open things up. Holder is 5-2 with a 6.28 ERA and 44 strikeouts this year.

New York put up 12 hits in the win Monday. Slapping homers for the Yankees in that one were Romine, Gardner, Tauchman (2) and Ford.

Over on the Orioles’ side, they’re sending out Asher Wojciechowski in the start Tuesday. Across his 34.2 innings and 2-4 mark so far, Wojciechowski has a 4.15 ERA with 42 Ks and 11 BBs.

Baltimore’s Jonathan Villar had four of the team’s 12 hits in the Monday loss. Villar would finish on a 4-for-5 night, hitting for the cycle.

Wojciechowski has had some mixed results over his last four starts, putting up two wins and two losses. In the wins, he gave up a total of two earned in 14.1 innings. In the losses, Wojciechowski coughed up seven earned in 10.0 innings.

Even though New York is scrambling on the pitching front right now, they should be in full control here. I’m going Yankees.