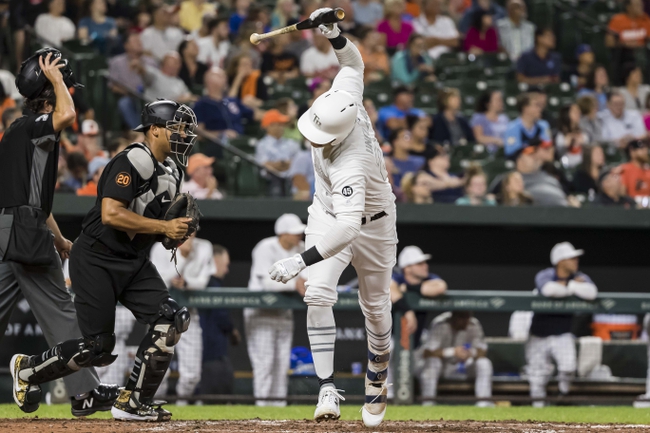 The Baltimore Orioles look for a win after splitting their last six games. The Orioles have scored 10 runs in their last three games and four or more runs in five of their last seven games. The Baltimore Orioles have won three straight games when scoring four or more runs. Jonathan Villar leads the Orioles with 140 hits and 59 RBI while Trey Mancini and Hanser Alberto have combined for 258 hits and 128 RBI. Dylan Bundy gets the ball, and he is 10-5 with a 5.03 ERA and 129 strikeouts this season. Bundy is 4-6 with a 6.39 ERA and 64 strikeouts in his career against the Rays.

Bundy has allowed 20 hits and 11 runs in his last 24 innings, and he has 5.16 ERA and .281 allowed batting average at home. The Tampa Bay Rays may have lost yesterday, but they've absolutely owned the Orioles as of late like most teams this season. Bundy is one of those Baltimore pitchers who gets rocked more times than not. It's Rays or pass for me, as backing these Orioles doesn't make much sense.