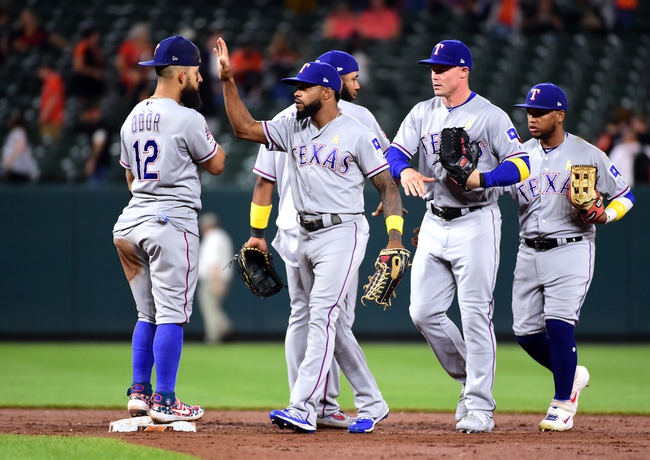 TV: MAS2, FSSW Stream the MLB Game of the Day all season on ESPN+. Sign up now!

The Texas Rangers and the Baltimore Orioles will finish off their MLB series on Sunday.

Texas took the first two games of this series, 3-1 Thursday and 7-6 Friday. In the Saturday game, the Rangers banged out another win 9-4.

Minor had a couple of sketchy starts against the Angels, with 10 earned in 12.1 innings. He came back out with a quality start against the Yankees though, zero earned in 7.1 innings.

As for Wojciechowski, he’s given up nine earned over his last two starts in 11.0 innings. He also hasn’t won since July 26. I think I have to stick on the Rangers here.