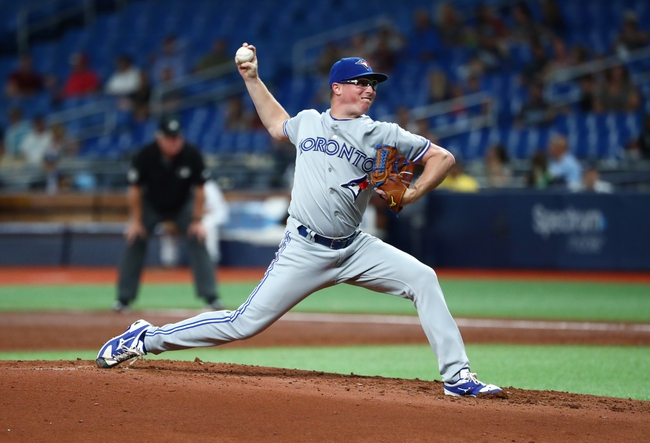 TV: MAS2 Stream the MLB Game of the Day all season on ESPN+. Sign up now!

The Toronto Blue Jays and the Baltimore Orioles will match up on the MLB diamond to kick off their series Tuesday.

The Blue Jays are coming out of a set versus the Yankees. Toronto fell on Saturday 13-3 but took the other two games in that set 6-5 and 6-4.

For the Tuesday outing, the Jays will go with Trent Thornton in the start. Thornton is 5-9 this year with a 5.04 ERA and 134 Ks.

Over on the Orioles’ side, they just finished up against the Tigers. Baltimore dropped the Saturday game in that set but won on Friday and Sunday. In the Monday finale of the series, the Orioles fell 5-2.

Thornton logged 5.0 innings versus the Red Sox his last time up, striking out seven batters while recording a win. That makes one earned in his last 9.2 innings.

I like Thornton to keep it going here, so I’m going to stick with the Blue Jays on the win.