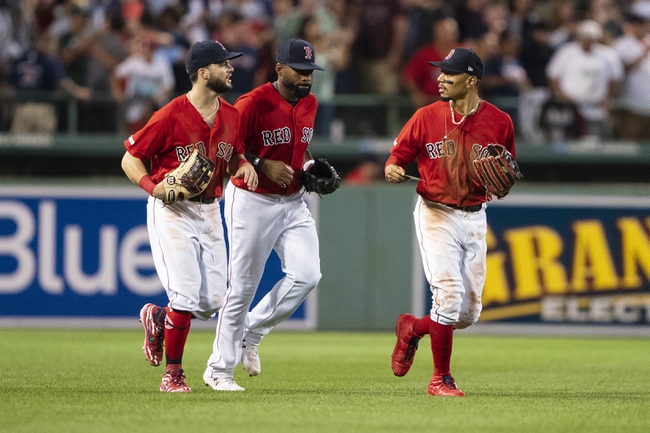 The Baltimore Orioles could use a win after losing 11 of their last 12 games. The Orioles have scored six runs in their last three games and three or less runs in six of their last 10 games. The Baltimore Orioles have lost 13 straight games when scoring three or less runs. Jonathan Villar leads the Orioles with 130 hits and 54 RBI while Trey Mancini and Hanser Alberto have combined for 248 hits and 107 RBI. Gabriel Ynoa gets the ball, and he is 1-7 with a 5.93 ERA and 50 strikeouts this season. This will be Ynoa’s second career game against the Red Sox.

The Boston Red Sox look for a win after winning six of their last nine games. The Red Sox have scored 18 runs in their last three games and four or more runs in their last eight games. The Boston Red Sox have split their last 12 games when scoring four or more runs. Rafael Devers leads the Red Sox with 163 hits and 97 RBI while Xander Bogaerts and J.D. Martinez have combined for 283 hits and 161 RBI. Nathan Eovaldi gets the ball, and he is 1-0 with a 5.77 ERA and 34 strikeouts this season. Eovaldi is 3-0 with a 4.67 ERA and 32 strikeouts in his career against the Orioles.

Ynoa has allowed 32 hits and 19 earned runs in his last 31.1 innings, and he has a 7.04 ERA and .271 allowed batting average on the road. Eovaldi will make just his fifth start of the season after spending most of his time in the bullpen, and he's allowed seven hits and three runs in his last 9.2 innings. This game is simple for me, as the Boston Red Sox need to keep this streak going if they have any hope in hell of sneaking in as a wild card. The Baltimore Orioles lose ugly often, and Ynoa has been tagged on the road all year. Give me the Red Sox and the RL for a better price.