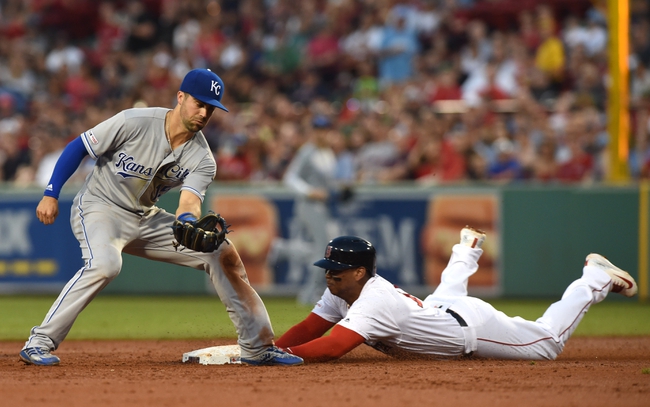 TV: FSKC, NESN Stream the MLB Game of the Day all season on ESPN+. Sign up now!

The Kansas City Royals and the Boston Red Sox will match up on the MLB diamond to finish their series on Wednesday.

The Red Sox took the opener of this set Monday 7-5. In the Tuesday game, Kansas City struck back 6-2.

For Wednesday’s matchup, the Royals will be sending out Glenn Sparkman to start. Over his 88.2 innings and 3-7 record this year, Sparkman has a 5.58 ERA with 51 Ks and 24 BBs.

KC put up seven hits in the Tuesday game. Jorge Soler wast the hero there with two homers and four RBI for the Royals.

Boston’s JD Martinez and Christian Vazquez combined for four of the team’s nine hits on Tuesday, posting an RBI and a run between them as well in the loss.

Sparkman is sitting on a couple of rough starts. Across his last pair, he’s given up 14 earned runs in 9.2 innings of work. Sparkman is also 1-4 in his last six outings.

As for Rodriguez, he had a string of three quality starts going last month but has given up seven earned over his last pair of games in 12.1 innings. Still, I like Rodriguez quite a bit better here so I’m going Sox.