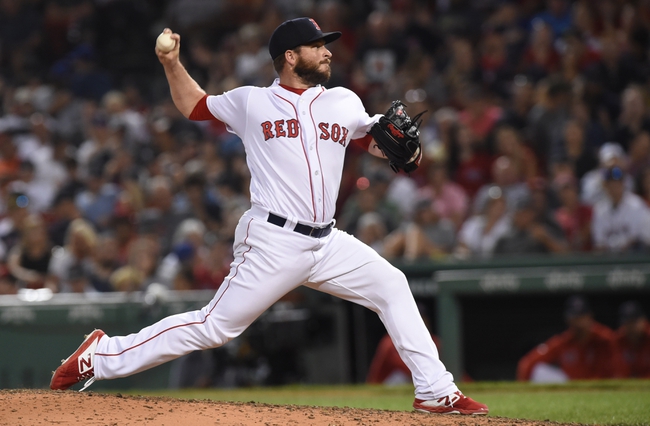 TV: FS-West, NESN Stream the MLB Game of the Day all season on ESPN+. Sign up now!

The Los Angeles Angels and the Boston Red Sox meet in game one of a four game set in MLB action from Fenway Park on Thursday.

The Los Angeles Angels are in dire need of a win to snap a six game losing streak after being swept in a two game series by Cincinnati, dropping the series finale on Tuesday by a final score of 8-4. Justin Upton had a home run and three RBIs while Mike Trout added a solo home run as well in the loss. David Fletcher went 2 for 5 at the dish while Brian Goodwin had a double. Albert Pujols and Jared Walsh added base hits as well in the losing effort. Jose Suarez took the loss, falling to 2-3 on the year after allowing six runs on ten hits while striking out three over five innings of work. Dillon Peters will start game one and is 2-0 with a 3.20 ERA and 19 strikeouts this season. This will be Peters’ first career start against Boston.

The Boston Red Sox will look to snap out of their recent funk after losing nine of their last ten games, and didn’t have a chance to halt that skid as Wednesday’s series finale was suspended due to rain tied 4-4 in the top of the 10th, to be made up on August 22nd. Xander Bogaerts and J.D. Martinez each had two RBIs with Martinez going 2 for 5 with a home run while Bogaerts went 3 for 5 with a double. Mookie Betts went 2 for 4 while Andrew Benintendi, Mitch Moreland and Brock Holt each had base hits as well in the losing effort. Eduardo Rodriguez allowed two runs on seven hits while walking three over five innings of work, not factoring in the decision in the start. Chris Sale will start the opener and is 5-11 with a 4.68 ERA and 193 strikeouts this season. In his career, Sale is 6-0 with a 1.23 ERA and 53 strikeouts against the Angels.

This is a hard game to call, as Boston on the RL would be a logical pick given the Angels’ recent struggles combined with Boston being due for an offensive breakout and Sale’s dominance over the Angels in his career. However, Sale has the stuff, but it’s just not connecting, as he’s allowed five or more runs in five of his last seven starts. In his last two starts, Sale has allowed 14 runs in nine innings of work. Granted, both of those starts came against the Yankees, but even in this losing streak, we can’t forget about the pop that the Angels have in their bats as well. I’m not trying to lay this price though, and the Angels aren’t an option in their current form, but both teams are capable of swinging the bat, so I’ll side with the over in this contest.