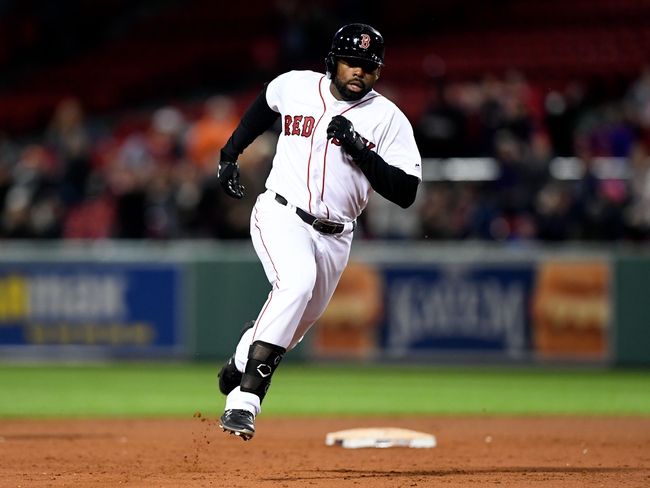 TV: NESN, NSBA Stream the MLB Game of the Day all season on ESPN+. Sign up now!

The San Francisco Giants need a win after splitting their last 10 games. The Giants have scored 20 runs in their last three games and three or less runs in eight of their last 13 games. The San Francisco Giants have lost four of their last six games when scoring three or less runs. Kevin Pillar leads the Giants with 149 hits and 81 RBI while Brandon Belt and Brandon Crawford have combined for 233 hits and 115 RBI. Madison Bumgarner gets the ball, and he is 9-8 with a 3.73 ERA and 187 strikeouts this season. Bumgarner is 0-1 with a 3.46 ERA and 10 strikeouts in his career against the Red Sox.

The Boston Red Sox need a win after losing nine of their last 15 games. The Red Sox have scored 14 runs in their last three games and four or more runs in four of their last eight games. The Boston Red Sox have won four of their last six games when scoring four or more runs. Rafael Devers leads the Red Sox with 186 hits and 108 RBI while Xander Bogaerts and Mookie Betts have combined for 342 hits and 184 RBI. Eduardo Rodriguez gets the ball, and he is 17-6 with a 3.64 ERA and 189 strikeouts this season. This will be Rodriguez’s first career game against the Giants.