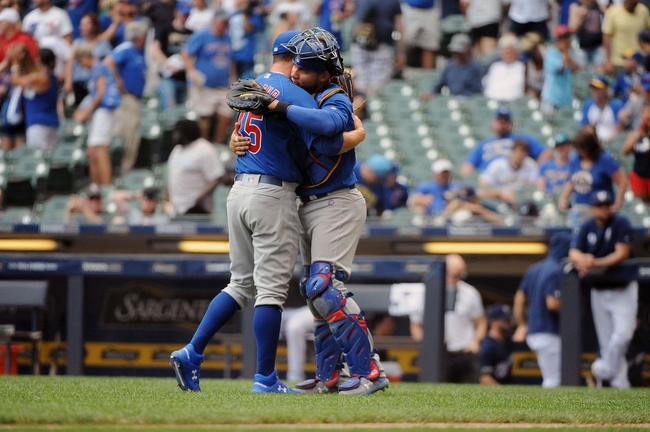 TV: FSWI, NSCH Stream the MLB Game of the Day all season on ESPN+. Sign up now!

The Milwaukee Brewers and the Chicago Cubs will match up on the MLB diamond to kick off their series Friday.

Milwaukee is coming off a series versus the A’s. The Brewers split the first to games of that set, then in the rubber match Thursday, Milwaukee fell 5-3 to lose the series.

For the Friday game, the Brewers will bring out Zach Davies in the start. Across his 8-4 record this year, Davies has a 3.56 ERA with 76 strikeouts.

Over on the Cubs’ side, they’re fresh out of a series versus the Cardinals. Chicago lost 2-1 Tuesday but won 2-0 Wednesday. In the Thursday finale, the Cubs were blown out 8-0.

In the Friday game the Cubs will go with Jose Quintana. This year Quintana is 8-7 with a 4.47 ERA and 98 strikeouts.

Meanwhile, the Cubs are 1-4 in their last five in game one of a series and 41-19 in the last 60 home games after a road trip of a week or more. Chicago is 69-31 in their last 101 home games versus a team with a losing road record.

Davies has put up 13 earned across his last two outings. One of those was an L to the Cubs back on Sunday. In that one, Davies coughed up seven earned runs across five innings. That said, Davies is usually pretty good against Chicago.

I’m going with the Brewers here.