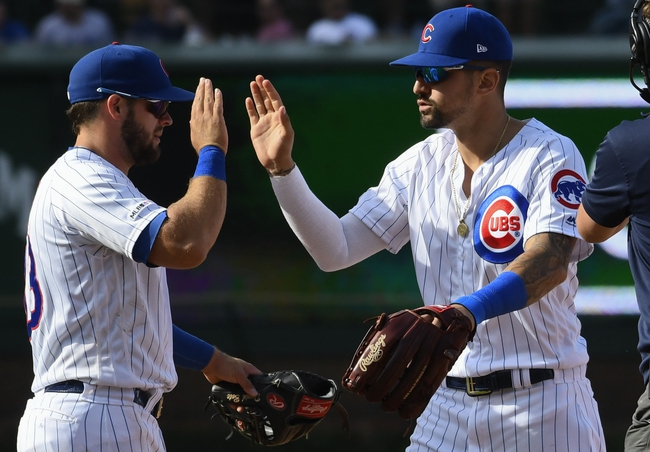 TV: FSWI, NSCH Stream the MLB Game of the Day all season on ESPN+. Sign up now!

The Milwaukee Brewers and the Chicago Cubs will match up in MLB action on Saturday.

In the Friday opener, the Cubs fired off five runs in the first two innings on the way to a 7-1 win.

In the win on Friday, Milwaukee posted eight hits. Leading the way was Manny Pina with three hits and an RBI.
Over on the Cubs’ side, they’re going with Cole Hamels in the start Saturday. Over his 120.2 innings and 7-4 record this year, Hamels has a 3.73 ERA with 115 Ks and 42 BBs.

Chicago logged 11 hits in their win Friday. Nick Castellanos had a pair of home runs there with four RBI.

The Brewers are 6-1 in the last seven Saturday games and 5-2 in their last seven in game two of a series. Milwaukee is 0-5 in Davies’ last five starts and 1-4 in his last five with five days’ rest.

Davies has had some tough outings over his last five starts. In that stretch he’s lost every game and has given up a combined 23 earned runs in 22.0 innings.

As for Hamels, he’s had a couple stinkers this month as well but hasn’t been bad in his last pair, with five earned in 11.0 innings. I have to go with the Cubs in this one.