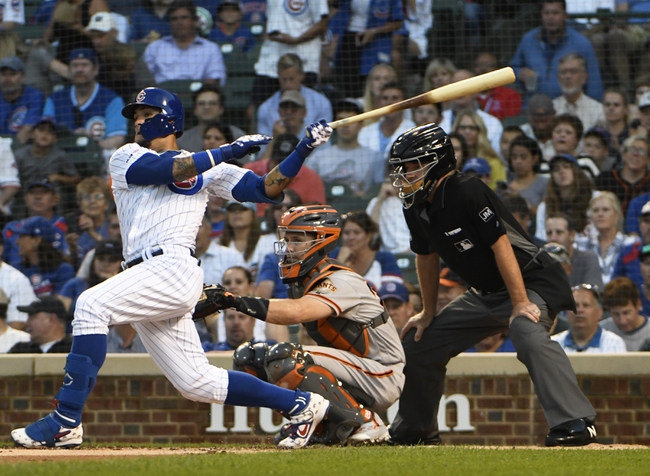 The San Francisco Giants and the Chicago Cubs will meet up on the MLB diamond to continue their series Wednesday.

In the Tuesday opener of this set, the Cubs peppered in runs across four different innings on the way to a 5-3 win.

San Francisco put up six hits in the Tuesday loss. No Giants player had more than one hit, but Austin Slater had a two-run homer.

Rodriguez is 2-1 over his last three starts. In that stretch, he’s given up five earned in a total of 15.0 innings, but only lasted 3.0 in Philly (Rodriguez posted one earned over 12.0 in the other pair).

As for Darvish, he took a loss in Cincinnati but came back with a quality start his last time up (zero earned; 7.0 innings; no-decision). I like Darvish and the Cubs a little better at home here so I’m going with Chicago.