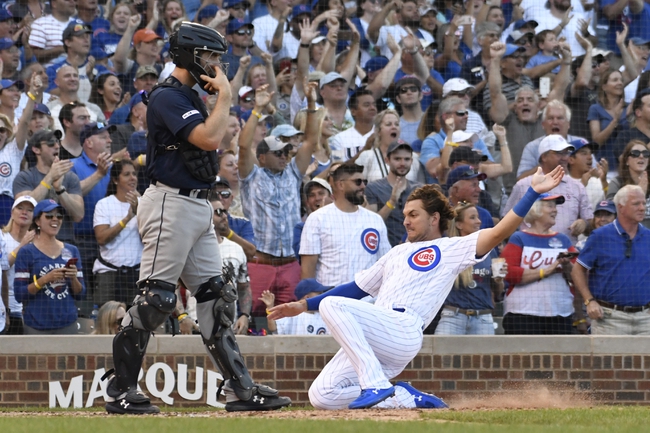 The Seattle Mariners need a win after losing eight of their last 12 games. The Mariners have scored 14 runs in their last three games and three or less runs in six of their last nine games. The Seattle Mariners have lost five straight games when scoring three or less runs. Domingo Santana leads the Mariners with 113 hits and 69 RBI while Mallex Smith and Omar Narvaez have combined for 215 hits and 84 RBI. Felix Hernandez gets the ball, and he is 1-4 with a 6.02 ERA and 41 strikeouts this season. Hernandez is 0-0 with a 3.60 ERA and 24 strikeouts in his career against the Cubs.

The Chicago Cubs look for a win after winning five of their last seven games. The Cubs have scored five runs in their last three games and four or more runs in six of their last eight games. The Chicago Cubs have won 10 of their last 13 games when scoring at least one run. Javier Baez leads the Cubs with 149 hits and 85 RBI while Kris Bryant and Anthony Rizzo have combined for 270 hits and 147 RBI. Jon Lester gets the ball, and he is 11-9 with a 4.36 ERA and 138 strikeouts this season. Lester is 7-4 with a 3.02 ERA and 96 strikeouts in his career against the Mariners.

Hernandez has pitched just 18 innings since May and continues to prove he's a shell of himself, allowing a .291 batting average and .895 OPS on the season. Lester has allowed 42 hits and 24 earned runs in his last 30.1 innings, and he has a 4.54 ERA and .313 allowed batting average on the road. I don't want to get behind Lester as much as the next guy, but backing Hernandez isn't an option and when the Seattle Mariners are on one of these losing stretches, it feels like it's never going to end. The Chicago Cubs need to keep winning to stay in the playoff race and are the better team here overall. I'll take the Cubs and the RL if forced to pick.