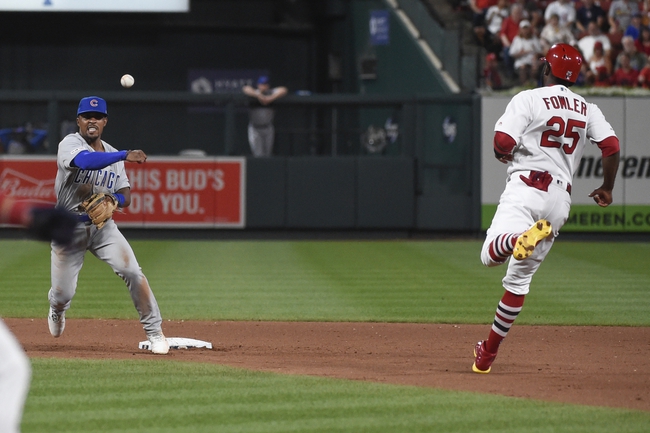 The St. Louis Cardinals and the Chicago Cubs will match up in MLB activity to kick off their series Thursday.

The Cardinals just finished up against the Nationals. After splitting the first two games 4-2 (win) and 6-2 (loss), in the Wednesday finale St. Louis fell 5-1.

Over on the Cubs’ side, they’re coming off a set against the Reds. Chicago split their first two games as well 8-2 (win) and 4-2 (loss). On Wednesday in game three the Cubs lost a tough one 3-2 in 10 innings.

For the Thursday game, Chicago will go with Kyle Hendricks in the start. Hendricks is 11-9 with a 3.26 ERA and 139 Ks this year.

The Cardinals are 7-1 in their last eight Thursday games and 7-2 in the last nine in game one of a series. St. Louis is 8-3 in Flaherty’s last 11 starts and 2-5 in his last seven versus a team with a winning record.

Flaherty is riding a really nice string of starts right now. He’s got five straight quality outings, giving up just five earned across 34.0 innings of work combined in that span. Only thing is, Flaherty is just 2-2 in his last four games.

Still, I like Flaherty to come out and pitch well again here, so I’m going Cardinals.