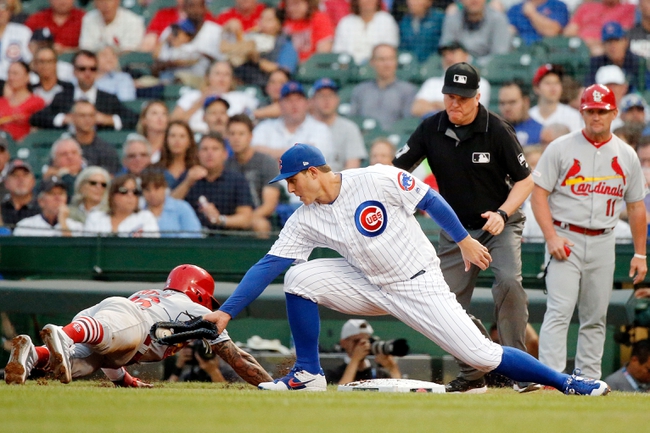 The St. Louis Cardinals and the Chicago Cubs will continue their MLB series on Friday.

In the Thursday opener of this set, the Cardinals broke a 1-1 tie in the fifth and added two more in the sixth. Chicago responded on three runs in the ninth but St. Louis took it with a run in the 10th inning and an eventual 5-4 win.

Wacha has looked pretty good over his last seven starts, but only has an 0-2 record in that span to show for it. As for Quintana, he’s given up nine earned over his last 5.1 innings.

If the pen doesn’t bungle this one I’m sticking with the Cardinals.