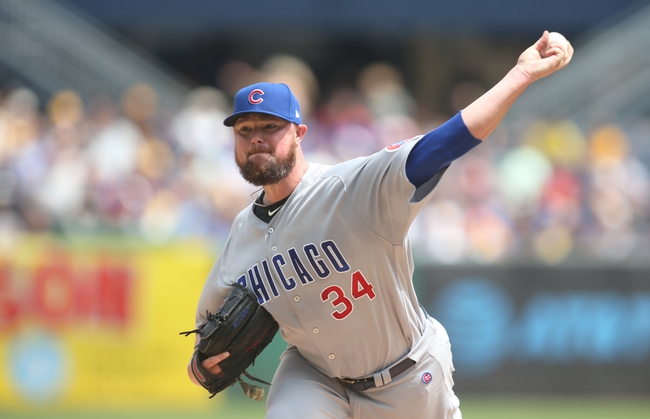 TV: WLS, MASN Stream the MLB Game of the Day all season on ESPN+. Sign up now!

The Washington Nationals and the Chicago Cubs will match up to kick off their MLB series on Friday.

The Nats are coming off a four-game set against the Pirates. Washington lost 4-1 Tuesday but pummeled Pitt by a combined 24-1 Monday and Wednesday. On Thursday, the Nationals bagged another dominant win 7-1.

Over on the Cubs’ side, they’re fresh off a series versus the Giants. Chicago won Tuesday 5-3 and eked one out 12-11 in the Wednesday game. On Thursday, the Cubs squeezed by again 1-0.

Sanchez had a rough outing against the Brewers his last time up, giving up five earned on eight hits in 4.0 innings. The good news is that the offense tends to back Sanchez up, and he’s 4-0 in his last nine games.

As for Lester, he had a rough couple of games early this month but got back on track with a quality start his last time out (zero earned in 6.0 innings). Still, I like the Nats offense and Sanchez here. I’m going Washington.