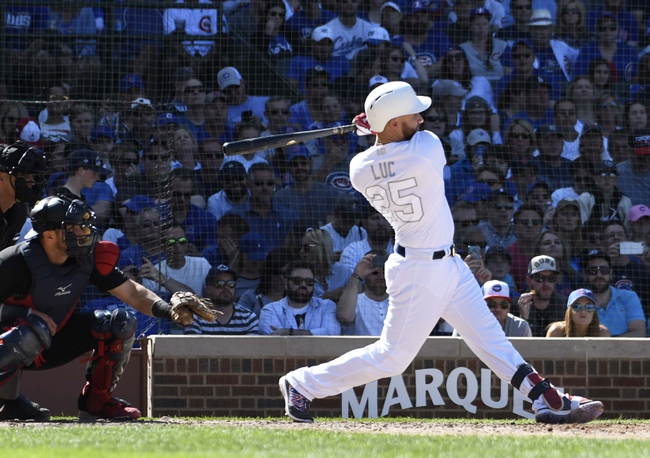 The Washington Nationals and the Chicago Cubs will match up on the MLB diamond to complete their series on Sunday.

In the Friday opener of this set, the Nats banged out a 9-3 win. On Saturday, the Nationals kept it going with a 7-2 victory.

Washington put up nine hits in the win Saturday. Turner, Eaton, Kendrick and Gomes each had two hits in that one.

Chicago had seven hits as a team in the loss Saturday. Nick Castellanos and Javier Baez posted two hits apiece to lead the team in that game.

Meanwhile, the Cubs are 4-0 in their last four Sunday games and 6-1 in Hamels’ last seven home starts. Chicago is 14-6 in Hamels’ last 20 starts and 4-1 in his last five with four days’ rest.

Strasburg has been solid since his ugly game in Arizona, putting up seven earned in a total of 19.2 innings over three starts since then. Two of those outings were quality but he has just one win to show for it.

As for Hamels, he coughed up 12 earned over a 5.0-inning span but bounced back with three earned in 6.0 innings his last time up. Still, I think the Nationals and Strasburg have the advantage in the finale here. I’m going Washington.