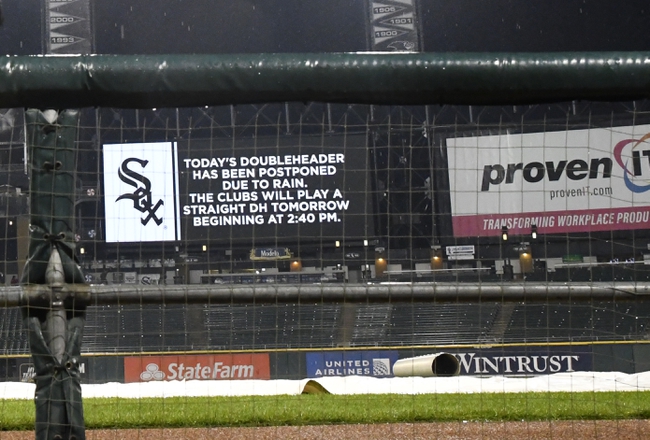 TV: FS-Detroit, WGN Stream the MLB Game of the Day all season on ESPN+. Sign up now!

The Detroit Tigers and the Chicago White Sox meet in game one of a doubleheader from Guaranteed Rate Field on Saturday.

The Detroit Tigers will look to bounce back after losing eight of their last nine games following a sweep at the hands of Minnesota with a 10-4 loss in Thursday’s series finale. Victor Reyes had two RBIs while Miguel Cabrera and Willi Castro each had an RBI to round out Detroit’s scoring as a team with Castro going 3 for 4 with a triple. Brandon Dixon went 2 for 5 with a triple of his own and Travis Demeritte went 2 for 4 with a double while Ronny Rodriguez, Dawel Lugo and Jake Rogers each had a base hit to finish off Detroit’s offense as a team in defeat. Jordan Zimmermann took the loss, falling to 1-13 on the year after allowing six runs, four earned, on seven hits over 4.1 innings of work. Matt Boyd will start game one and is 9-11 with a 4.57 ERA and 234 strikeouts this season. In his career, Boyd is 4-5 with a 4.56 ERA and 72 strikeouts against the White Sox.

The Chicago White Sox will look to keep their momentum going after back-to-back wins with an 8-0 win over Cleveland in their last outing. James McCann had a home run and three RBIs while Zack Collins and Daniel Palka each had two RBIS with Palka belting a pair of home runs while Collins went 2 for 3 with a double. Jose Abreu went 2 for 5 with a triple, a double and an RBI to round out Chicago’s scoring in the win while Yolmer Sanchez, Tim Anderson, Danny Mendick and Yoan Moncada each had a base knock to finish off Chicago’s offense in the win. Josh Osich got the win with 3.1 innings of perfect relief to improve to 4-0 on the year as a result. Reynaldo Lopez will start game one and is 9-15 with a 5.57 ERA and 160 strikeouts this season. In his career, Lopez is 2-4 with a 3.95 ERA and 55 strikeouts against Detroit.

I’d like to make a case for the White Sox here after they just posted a pair of wins against a Cleveland team that was in the midst of the playoff hunt, playing the definition of spoiler to a tee. However, Lopez has really struggled down the stretch, allowing five or more runs in six of his last eight starts and four of his last five, including five runs in four innings to these same Tigers in his last turn. Boyd’s been a mixed bag as well, but he’s been a strikeout machine all season and I just think that if Detroit’s going to take a game in this set it’s probably this one so I’ll side with Detroit in this one.