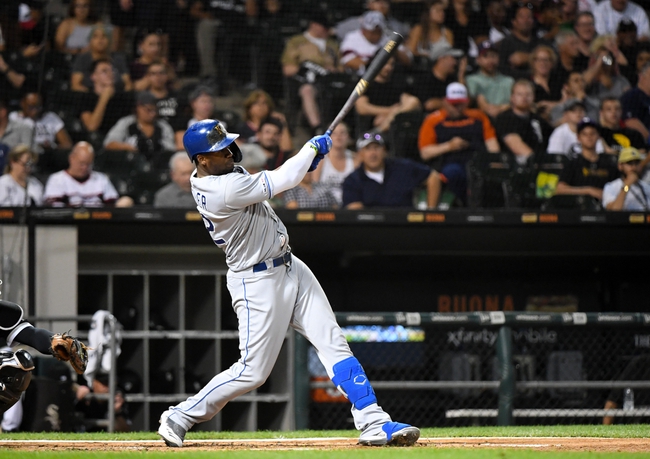 TV: FS-Kansas City, WGN Stream the MLB Game of the Day all season on ESPN+. Sign up now!

The Kansas City Royals and the Chicago White Sox meet in the finale of their three game AL Central division set from Guaranteed Rate Field on Thursday.

The Kansas City Royals will look to win the series after evening the set up at one win apiece following an 8-6 win in game two on Wednesday. Jorge Soler went 4 for 5 with a pair of home runs, a double and four RBIs while Adalberto Mondesi went 3 for 5 with a home run and two RBIs. Ryan O’Hearn and Bubba Starling each had solo home runs to round out KC’s scoring as a team in the win. Whit Merrifield, Alex Gordon, Cheslor Cuthbert and Melbrys Viloria each added a base knock to cap off the Royals’ offense in the winning effort. Glenn Sparkman got the win to improve to 4-11 on the year after allowing three runs on four hits while striking out four over five innings of work. Ian Kennedy closed out the 9th for his 28th save of the season. Jorge Lopez will start game three and is 3-7 with a 6.23 ERA and 100 strikeouts this season. In his career, Lopez is 0-2 with a 6.19 ERA and 23 strikeouts against the White Sox.

The Chicago White Sox will look to bounce back after dropping game two of the series on Wednesday. Eloy Jimenez went 2 for 4 with a home run and four RBIs while Jose Abreu went 2 for 4 with a home run, a double and two RBIs to make up the White Sox scoring as a team in the loss. Tim Anderson went 2 for 4 while Leury Garcia and Adam Engel each added a base hit to finish off Chicago’s offense as a team in the defeat. Reynaldo Lopez took the loss, falling to 9-13 on the year after allowing six runs on nine hits while striking out six over 4.2 innings of work. Lucas Giolito will start game three and is 14-8 with a 3.27 ERA and 216 strikeouts this season. In his career, Giolito is 6-1 with a 2.34 ERA and 59 strikeouts against Kansas City.

I’m tempted to take a shot with KC and the plus money here as the Royals have shown some fight over the last couple of days. But Lopez has struggled in a starting role, going 2-6 with a 6.48 ERA as a starter this year. Lopez has also allowed 11 runs in 16 innings against the White Sox this season. Giolito’s had his ups and downs, but he’s owned the Royals for the better part of his career and has allowed two runs or less in each of his last four starts at home. The price isn’t great, but the White Sox should win the finale behind Giolito.