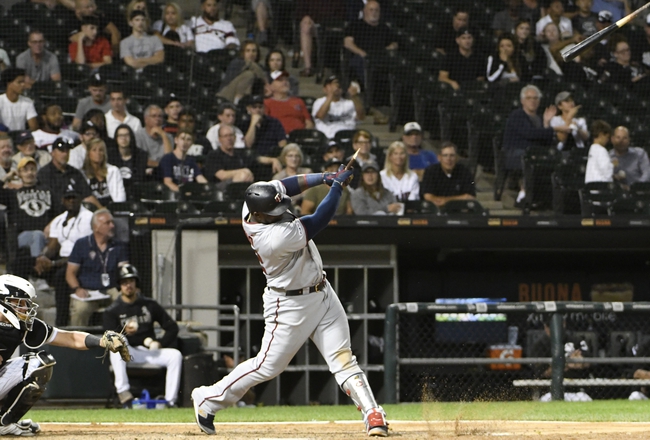 TV: FS-North, WGN Stream the MLB Game of the Day all season on ESPN+. Sign up now!

The Minnesota Twins and the Chicago White Sox meet in game two of a three game AL Central division set in MLB action from Guaranteed Rate Field on Wednesday.

The Minnesota Twins will look to build on their current three game winning streak after a 3-1 win over the White Sox in the series opener on Tuesday. Marwin Gonzalez and Jonathan Schoop each had a solo home run while Eddie Rosario added an RBI to round out Minnesota’s scoring as a team in the win. Nelson Cruz went 2 for 4 while Jorge Polanco, Miguel Sano and C.J. Cron each contributed base hits to finish off the Twins’ offense in the victory. Michael Pineda got the win to improve to 10-5 on the year after allowing one run on four hits while striking out eight over five innings of work. Taylor Rogers closed out the 9th for his 21st save of the season. Jake Odorizzi will start game two and is 13-6 with a 3.57 ERA and 137 strikeouts this season. In his career, Odorizzi is 2-3 with a 3.22 ERA and 57 strikeouts against the White Sox.

The Chicago White Sox will look to bounce back after dropping Tuesday’s series opener. Tim Anderson’s solo home run was the lone RBI that the White Sox would plate in the losing effort while Yolmer Sanchez went 2 for 3 at the dish. James McCann, Eloy Jimenez and Ryan Goins each had a base hit to round out the White Sox offense as Chicago had six hits as a team in the defeat. Lucas Giolito took the loss, falling to 14-7 on the year after allowing two runs on four hits while walking three and striking out nine over six innings of work. Ross Detwiler will start game two and is 2-3 with a 5.51 ERA and 35 strikeouts this season. This will be Detwiler’s second career start against Minnesota.

Detwiler has pitched alright in a starting role since the beginning of August, but the issue is that Chicago is simply counting down the days that are left in the season, while Minnesota is trying to stave off the Indians who are chasing them for the division title. Odorizzi just took a loss against the White Sox in his last start, but the Twins have had a large amount of success with him on the road lately, so I’ll side with the Twins here and to get rid of some of the heavy juice, I’ll back the Twins on the RL.