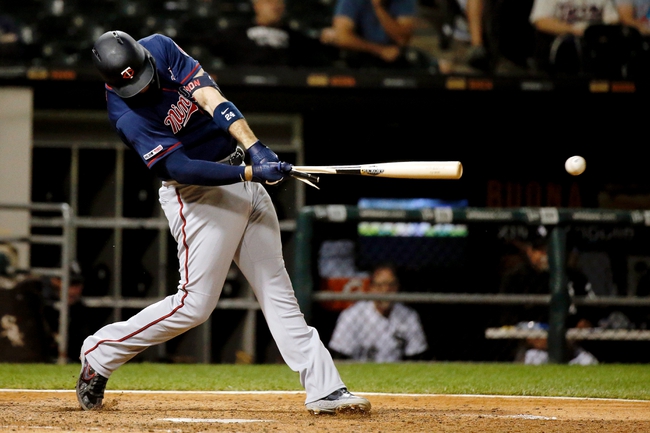 TV: FS-North Stream the MLB Game of the Day all season on ESPN+. Sign up now!

The Minnesota Twins and the Chicago White Sox meet in the finale of their three game AL Central division set in MLB action from Guaranteed Rate Field on Thursday.

The Minnesota Twins will look to keep the momentum going and complete the sweep after making it four wins in a row with an 8-2 win in game two on Wednesday. Jonathan Schoop went 2 for 4 with a pair of home runs and four RBIs while Mitch Garver went 3 for 4 with a home run and two RBIs. Eddie Rosario and Miguel Sano each had an RBI to cap off Minnesota’s scoring as a team in the victory while Jorge Polanco and Jake Cave each added a double with Polanco going 2 for 5 at the dish in the victory. C.J. Cron and Ehire Adrianza each added a base hit as well to finish off the Twins’ offense as a team in the winning effort. Jake Odorizzi got the win to improve to 14-6 on the year after allowing two runs on five hits while striking out eight over six innings of work. Jose Berrios will start game three and is 10-7 with a 3.53 ERA and 155 strikeouts this season. In his career, Berrios is 9-2 with a 2.24 ERA and 84 strikeouts against the White Sox.

The Chicago White Sox will look to salvage a win and avoid the sweep after dropping the first two games of the set following an 8-2 win in game two on Wednesday. Jose Abreu went 2 for 4 with a double and an RBI while Matt Skole added an RBI as well to cap off Chicago’s scoring as a team in the defeat. Yolmer Sanchez and Tim Anderson each went 2 for 4 with a double while Leury Garcia also contributed a double and Yoan Moncada added a base knock of his own to sum up Chicago’s offense in the losing effort. Ross Detwiler took the loss, falling to 2-4 on the year after allowing five runs on six hits while striking out five over four innings of work. Dylan Cease will start game three and is 3-6 with a 5.76 ERA and 50 strikeouts this season. This will be Cease’s second career start against Minnesota.

The plus money would be nice given that Berrios hasn’t been pitching consistently like an ace this season, but the White Sox appear to be counting down the days until the season is over and are looking forward to next season. Cease has pitched decent as of late, but his first start against the Twins also came at home and he allowed five runs in five innings in that start. Minnesota needs this game more with September right around the corner, and given how Berrios has put the boots to the White Sox in his career, I’ll side with the Twins on the RL for the sweep on Thursday.