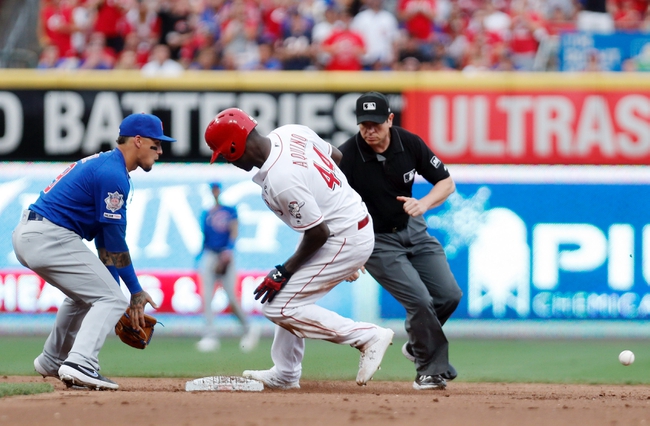 TV: NSCH, FSOH Stream the MLB Game of the Day all season on ESPN+. Sign up now!

The Chicago Cubs and the Cincinnati Reds will meet up on the MLB diamond Friday to continue their series.

In the Thursday game of this set, the Cubs jumped out to a 5-1 lead in the third (then gave it back) before continuing to an eventual 12-5 win.

The Cubs posted 18 hits in the win on Thursday. Seven Chicago batters would finish with multiple knocks on the evening.
Over on the Reds’ side, they’re going with Trevor Bauer on Friday. Across 161.1 innings and a 9-8 mark so far, Bauer has a 3.85 ERA with 189 Ks and 66 BBs.

Cincinnati put up 11 hits on Thursday, but couldn’t score after the third inning. Aristides Aquino had a nice night with three RBI and a homer, though.

Outside of four earned in 6.0 innings in San Francisco, Darvish has been on a nice run over his last five games. In the other four, he’s combined for just three earned in 23.0 innings.

As for Bauer, he put up a no-decision in his first Reds start this year, with three earned in 4.2 innings on seven hits. Bauer should settle in and get better very soon, but for now I’m going to stick with Darvish and the Cubs.