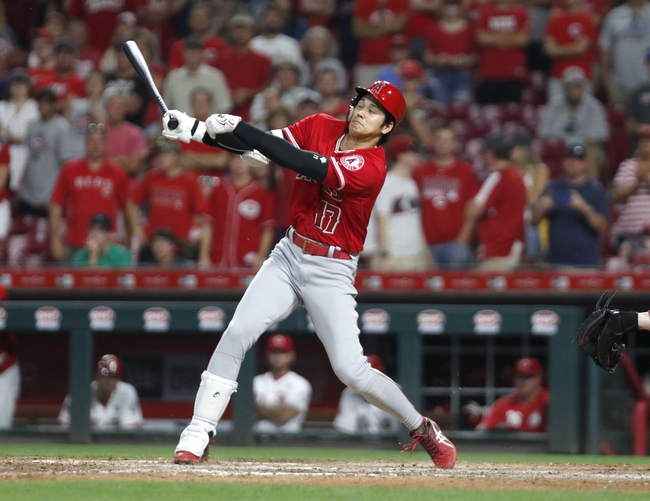 TV: FS-Ohio, FS-West Stream the MLB Game of the Day all season on ESPN+. Sign up now!

The Los Angeles Angels and the Cincinnati Reds meet in the finale of their mini two game interleague set in MLB action from Great American Ballpark on Tuesday.

The Los Angeles Angels will look to earn a series split and snap a five game losing streak after opening the set with a 7-4 loss on Monday. Brian Goodwin had a home run and two RBIs while Mike Trout went 2 for 3 with a solo home run and Luis Rengifo added a solo home run of his own to finish off the Angels’ scoring as a team in the loss. Wilfredo Tovar added a base hit as well in the losing effort for the Halos. Taylor Cole took the loss, falling to 1-3 on the year after allowing five runs on five hits in just a single inning of work. Jose Suarez will start game two and is 2-2 with a 5.66 ERA and 43 strikeouts this season. This will be Suarez’s first career start against Cincinnati.

The Cincinnati Reds will look to build on Monday’s victory and complete the sweep with a win here. Nick Senzel had two RBIs while Jose Iglesias and Jose Peraza each had a double and an RBI. Aristides Aquino had an RBI as well while Jesse Winker, Phillip Ervin, Joey Votto and Tucker Barnhart each had base hits to cap off Cincinnati’s offense in the victory. Luis Castillo got the win to improve to 11-4 on the year after allowing two runs on three hits while striking out 13 over seven innings of work. Raisel Iglesias closed out the 9th for his 22nd save of the season. Anthony DeSclafani will start game two and is 6-6 with a 4.07 ERA and 115 strikeouts this season. This will be DeSclafani’s first career start against the Angels.

The plus money with the Angels is tempting given the pop that the Halos have in their bats when the offense is on, but the Angels are hard to back during this losing streak. DeSclafani isn’t the ace type of pitcher that L.A. faced in Castillo in game one, but he’s a better pitcher at home than on the road and the Reds are the team in much better form heading into this one so I’ll lay the juice with the Reds on the road here..