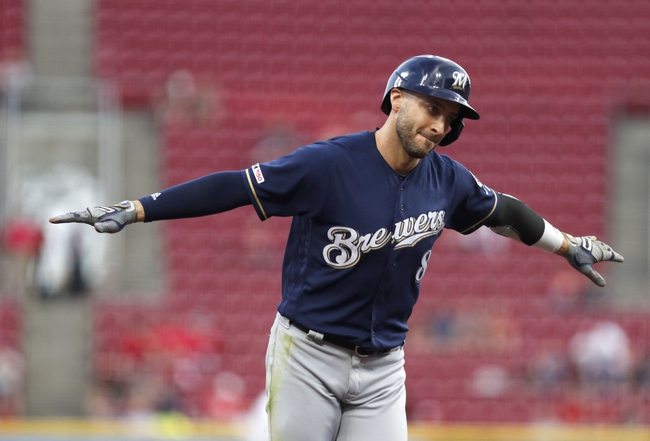 The Milwaukee Brewers and the Cincinnati Reds will match up on the MLB diamond to continue their series Wednesday.

In the Tuesday opener of this set, the Brewers trailed early but were able to turn a 2-0 deficit into a 4-2 victory, despite getting out-hit 8-7.

The Brewers are 8-1 in the last nine Wednesday games and 16-5 in their last 21 in game two of a series. Milwaukee is 5-0 in Lyles’ last five road starts and 7-0 in his last seven starts.

Lyles is on a solid run over his last six starts, giving up two earned just once, and a total of six earned over that stretch. He’s 4-0 in those six outings.

As for Mahle, he had a quality start at Wrigley but before that had coughed up nine earned in 7.2 innings. Doesn’t breed much confidence, so I’m going Brewers here.