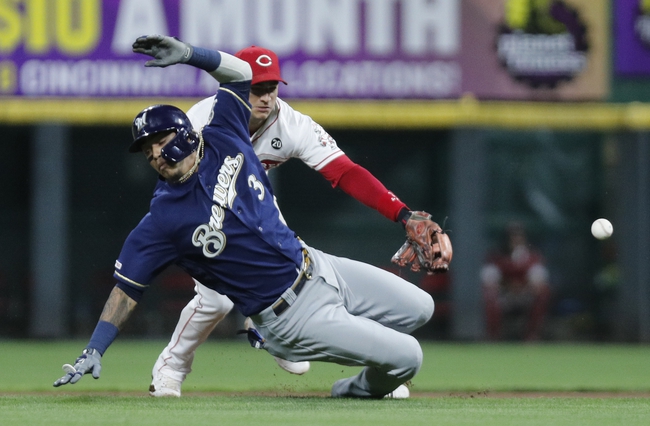 TV: FSWI, FSOH Stream the MLB Game of the Day all season on ESPN+. Sign up now!

The Milwaukee Brewers and the Cincinnati Reds will finish up their MLB series on Thursday.

In the Tuesday opener of this set, the Brewers secured a 4-2 win. On Wednesday, Milwaukee kept it going with a 9-2 victory.

Anderson has put up just one earned over his last 10.0 innings across two starts, striking out 10 and giving up only four hits. Castillo has been solid as well, with three quality starts in his last four outings—he’s just 1-2 in his last three starts, though.

If there’s a spot to take the Reds in this series it’s probably here, but Castillo is going to need some offensive help and that’s no guarantee.