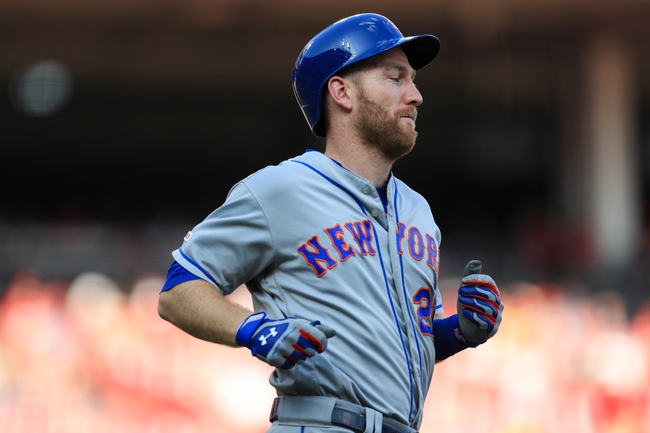 TV: WPIX, FSOH Stream the MLB Game of the Day all season on ESPN+. Sign up now!

The New York Mets and the Cincinnati Reds will match up on the MLB diamond Sunday.

In the Friday installment of this set, the Mets rolled to an 8-1 win. On Saturday, the Reds evened it up with a 3-2 victory, out-hitting New York 9-3.

Matz had a good run of seven starts going with two earned or fewer, but coughed up seven over 4.0 innings his last time up. That was in Colorado, though.

Bauer has a couple quality starts under his belt right now, with three earned in 14.1 innings of work. Still, I expect Matz to bounce back here and win the pitching battle so I’m going Mets.