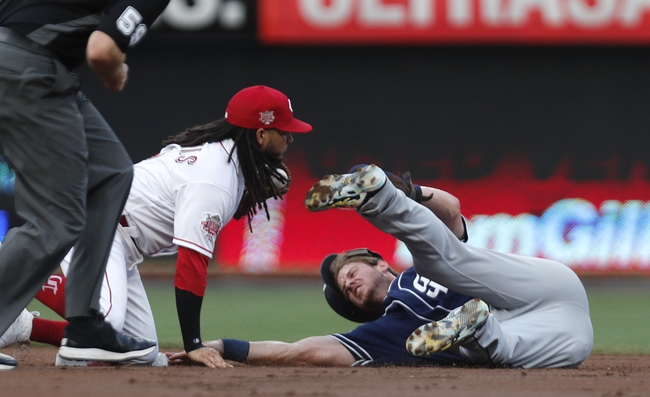 TV: FSOH, FSSD Stream the MLB Game of the Day all season on ESPN+. Sign up now!

The San Diego Padres and the Cincinnati Reds will match up on the MLB diamond to continue their series on Tuesday.

In the Monday opener, the Padres sprinkled in a few runs across the game and were able to eke out a 3-2 win.

The Padres managed just five hits on Monday, but that’s all they needed. Greg Garcia led the team with two hits and also had two runs.

Quantrill is 4-1 over his last five starts. During that time he’s put up just five earned runs and allowed only two homers. The Padres have been giving Quantrill some solid run support in that stretch as well.

As for Gray, he’s rolling right along as well with a 3-0 record in his last four starts, and zero earned in his last three. This should be a pretty fun pitching matchup and a close game. I’m leaning Padres since they’ve been playing a little better lately and the line is inviting.