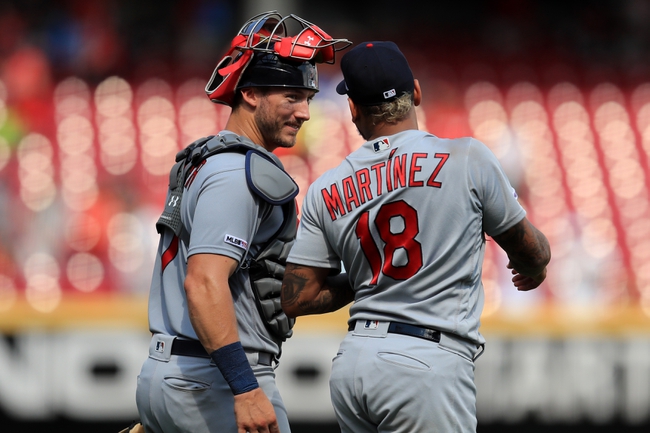 TV: FSMW, FSOH Stream the MLB Game of the Day all season on ESPN+. Sign up now!

The St. Louis Cardinals and the Cincinnati Reds will match up to continue their MLB series on Friday.

In the Thursday opener, the Reds snagged two runs in the fifth and hung on for a 2-1 victory.

St. Louis could muster just two hits in the Thursday loss. Kolten Wong got one with an RBI and Dexter Fowler had the other knock.

Cincinnati managed seven hits in the win Thursday. leading the way were Suarez and Iglesias, with two hits apiece with a combined RBI and a run.

Wainwright put up three earned on six hits in 5.1 innings in a loss out in Oakland, but only got two runs of support. He looked better in a quality start his last time up (6.0 innings; one earned).

As for Castillo, he has three straight quality starts going with a total of six earned in 20.2 innings during that time. I like Castillo enough right now to take the Reds here.