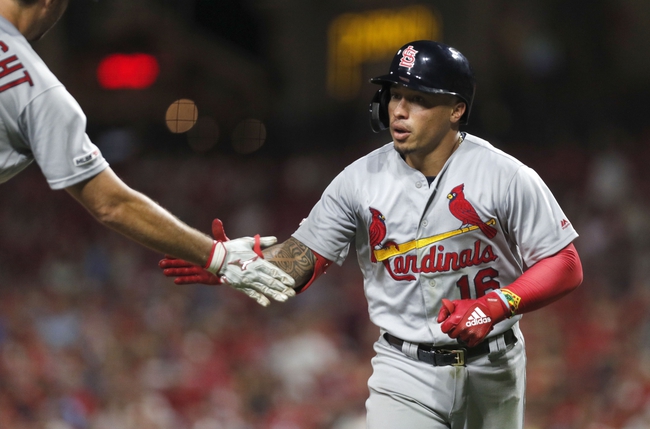 The St. Louis Cardinals and the Cincinnati Reds will continue their MLB series on Saturday.

In the Thursday opener, the Reds eked one out 2-1. On Friday, the Cardinals took a dominant 13-4 victory with a whopping 18 hits in the game. St. Louis jumped out to a 6-0 lead in the first three innings and never looked back.

The Cardinals are 2-5 in their last seven Saturday games and 12-4 in MIkolas’ last 16 starts in game three of a series. St. Louis is 2-6 in Mikolas’ last eight road starts and 0-6 in his last six starts with five days’ rest.

Mikolas was cruising along at a pretty good clip with four quality starts in five games. He stumbled his last time up against the Pirates though, with five earned in 5.0 in a no-decision.

As for DeSclafani, he’s given up a total of 13 earned over his last three starts and is 1-2 in that time. I probably trust Mikolas a little more right now so I’m going Cardinals.