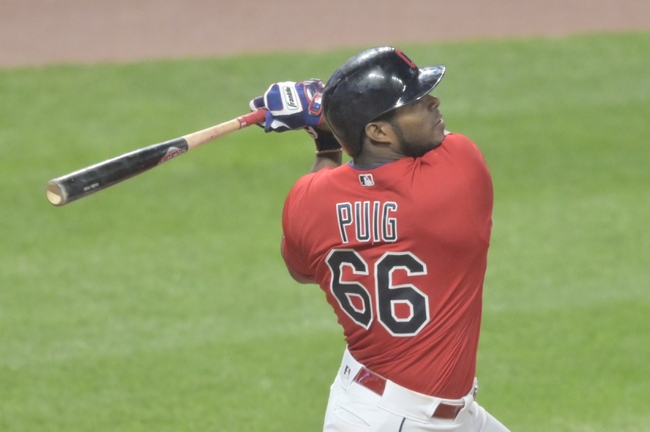 TV: FS-Detroit, SportsTime Ohio Stream the MLB Game of the Day all season on ESPN+. Sign up now!

The Detroit Tigers and the Cleveland Indians meet in the finale of their three game AL Central division set in MLB action from Progressive Field on Thursday night.

The Detroit Tigers will look to salvage a win and avoid the sweep after dropping game two on Wednesday by a final score of 2-1. Victor Reyes had an RBI while Harold Castro had a triple and Christin Stewart and Jake Rogers each added a double. Brandon Dixon added a base hit to cap off Detroit’s offense as the Tigers had just four hits as a team in the losing effort. Spencer Turnbull allowed one run on six hits while striking out eight over five innings of work, not factoring in the decision. Jose Cisnero took the loss, falling to 0-3 on the year as a result. Daniel Norris will start game three and is 3-12 with a 4.62 ERA and 119 strikeouts this season. In his career, Norris is 3-3 with a 4.74 ERA and 49 strikeouts against Cleveland.

The Cleveland Indians will look to pick up a sweep after their victory in game two on Wednesday. Yasiel Puig went 4 for 5 with an RBI while Carlos Santana went 2 for 4 with an RBI as well to finish off Cleveland’s offense in the win. Francisco Lindor, Mike Freeman and Ryan Flaherty each had a base hit as none of Cleveland’s nine hits went for extra bases in the victory. Aaron Civale gave up one run on four hits while striking out four over 7.2 innings of work, not factoring in the decision. Adam Cimber got the win in relief to improve to 6-3 on the year. Mike Clevinger will start game three and is 11-3 with a 2.68 ERA and 149 strikeouts this season. In his career, Clevinger is 7-2 with a 1.82 ERA and 66 strikeouts against Detroit.

I’m almost tempted to look at Detroit for a chance to triple my money, as the Tigers battled on Wednesday and Norris has pitched well in short outings over his last few starts. However, Clevinger’s been strong in his own right, has had a lot of success against Detroit in his career and has been a strong play in his career against teams below .500, posting a 31-9 record with a 2.62 ERA in 61 games, 57 starts. I just don’t see Detroit being able to keep pace here and I think Cleveland can break out offensively for the finale so I’ll side with Cleveland for the sweep and to cut down the juice, I’ll back the Indians on the RL.