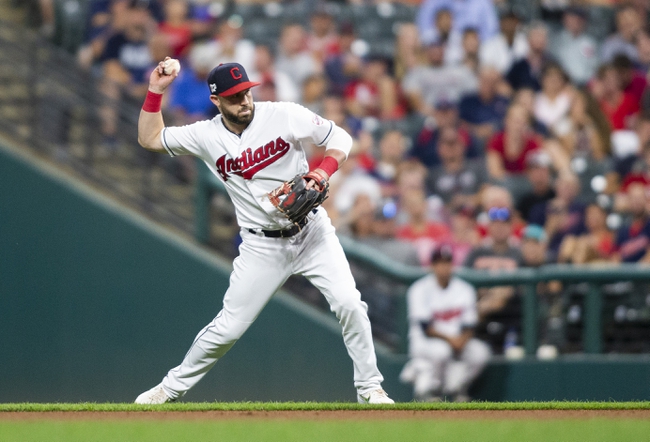 TV: Sportstime Ohio Stream the MLB Game of the Day all season on ESPN+. Sign up now!

The Houston Astros and the Cleveland Indians meet in game two of their three game set in MLB action from Progressive Field on Wednesday.

The Houston Astros will look to keep their momentum going after opening the series with a 2-0 win on Tuesday night. Robinson Chirinos belted a solo home run while Michael Brantley added an RBI to round out Houston’s scoring as a team in the victory. Jose Altuve went 3 for 4 with a double while Alex Bregman, Yordan Alvarez and Yuli Gurriel each had base hits in the victory for the ‘Stros. Justin Verlander got the win to improve to 14-4 on the year after tossing seven shutout innings, giving up just two hits while striking out 13. Roberto Osuna closed out the 9th for his 24th save of the season. Jose Urquidy will start game two and is 1-0 with a 4.26 ERA and 23 strikeouts this season. This will be Urquidy’s first career start against Cleveland.

The Cleveland Indians will look to bounce back after being stifled by the Astros in game one on Tuesday. Greg Allen and Roberto Perez each had a base hit, going 1 for 3 as the Indians cranked out just two hits as a team in the loss. The rest of the Tribe ended up going 0 for 23 with 13 strikeouts. Shane Bieber took the loss, falling to 10-4 on the year after allowing two runs on nine hits while striking out eight over seven innings of work. Zach Plesac will start game two and is 5-3 with a 3.10 ERA and 44 strikeouts this season. This will be Plesac’s first career start against Houston.

The plus money is tempting with Cleveland at home as the Indians have been on somewhat of a roll lately, but the issue is that even though the Indians have won quite a few of Plesac’s starts in his young career, the last six have come against the Royals, Orioles and Tigers, who have a combined .336 winning percentage at the time of posting this article. Urquidy has even less experience at the big league level, but he has a potent offense behind him and has allowed one run in back-to-back starts spanning 13 innings of work. I think Houston holds the cards for a win here, so I’ll lay the juice with the Astros on the road in this one.