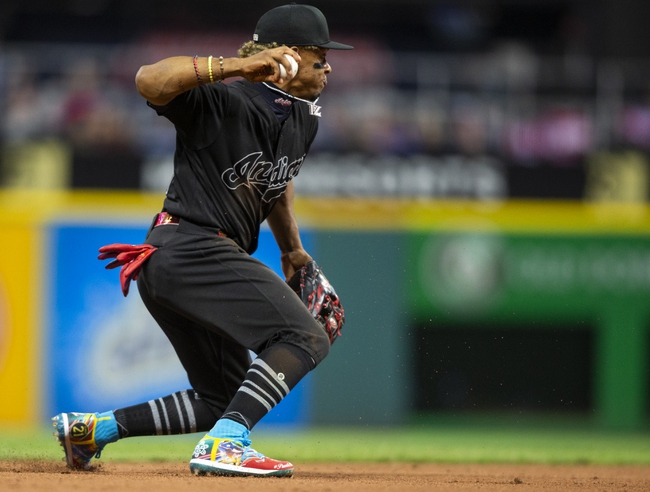 The Kansas City Royals and the Cleveland Indians meet in the finale of a three game AL Central division set from Progressive Field in MLB action on Sunday.

The Kansas City Royals will look for a win to avoid the sweep after dropping the first two games of the set following a 4-2 loss in game two on Saturday. Melbrys Vitoria went 2 for 4 with a double and an RBI while Jorge Soler added an RBI as well in the losing effort for KC. Cheslor Cuthbert also chipped in a double while Brett Phillips, Humberto Arteaga and Whit Merrifield each chipped in base hit to cap off the Royals’ offense as Kansas City had just six hits as a team in the defeat. Glenn Sparkman took the loss, falling to 3-9 on the year after allowing four runs on seven hits while walking four and whiffing eight over seven innings of work. Eric Skoglund will start game three and is making his season debut after going 1-6 with a 5.14 ERA and 49 strikeouts last season. In his career, Skoglund is 0-3 with a 12.96 ERA and 6 strikeouts against Cleveland.

The Cleveland Indians will look to complete the sweep after taking the first two games of the set following a win in game two on Saturday. Franmil Reyes had a home run and three RBIs while Mike Freeman had an RBI to finish off Cleveland’s offense as a team in the victory. Oscar Mercado had a double while Francisco Lindor, Yasiel Puig and Tyler Naquin each had a base hit to round out Cleveland’s offense as a team in the win. Mike Clevinger got the win to improve to 9-2 on the year after allowing one run on four hits while striking out eight over 5.2 innings of work. Brad Hand closed out the 9th for his 31st save of the season. Shane Bieber will start game three and is 12-6 with a 3.26 ERA and 207 strikeouts this season. In his career, Bieber is 3-0 with a 6.04 ERA and 21 strikeouts against Kansas City.

I’d like to give a look to Kansas City and the heavy plus money, but the Royals continue to provide no value in an underdog role and getting Skoglund to make his season debut here surely won’t help matters. Sure, Skoglund appeared to pitch a bit better than his record would indicate last year, but he’s still a pitcher that’s struggled mightily in his career against the Indians, giving up 13 runs, 12 earned, in 8.1 career innings across three starts. Bieber’s had his own issues against Kansas City, but the fact is that he’s gotten the win more often than not, and has gotten plenty of run support in those outings. Bieber’s also allowed two earned runs or less in each of his last six starts, so I think he’ll be able to stifle the Royals here. I’ll side with Cleveland and to cut down some of the juice, I’ll back the Tribe on the RL here.